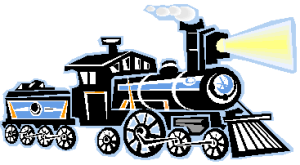 600 riders are expected on this trip as Steamtown National Historic Site and the Fort Wayne Railroad Historical Society will partner with Norfolk Southern’s 21st Century Steam program to operate two special summer steam excursions!  Nickel Plate Road (NKP)  #765, a 2-8-4 Berkshire-type steam locomotive, owned by the Fort Wayne group, will operate Saturday, September 5 to Delaware Water Gap and Monday, September 7, to Dansbury Depot in East Stroudsburg.  NKP #765 is a “sister” locomotive to Steamtown’s NKP #759 locomotive, on static display inside the park’s Roundhouse.  Tickets will be sold online only, at http://fortwaynerailroad.org/

Historic steam locomotive no. 765 is a high-stepping, fourteen-wheeled, magnificent machine that stands 15 feet tall, weighs 404 tons, goes over 60 miles an hour and restored to the way it looked and sounded when it was built by the Lima Locomotive Works in 1944.

Celebrated for pulling passenger excursions throughout the country as a goodwill ambassador, the 765 is the pride of the Fort Wayne Railroad Historical Society and one of only a handful of steam locomotives that still operate in the United States.

This is the 765’s story.  The railroads built America. They won wars, built cities, and carried citizens from coast to coast.  Steam locomotives were utilized for 150 years. They were built to be stronger and faster, and to better perform their duties, but they were replaced by more efficient, modern machines.

Why are they important now? Why do they matter?

These were precision machines forged and crafted from solid steel. They meant something to those who worked in their shadow. Make no mistake, however, these iron horses, so often romanticized, take hard, unwieldy work to corral and maintain. They lived and breathed, had voices and moods, and hummed with an audible heartbeat; they were the most human of all our inventions.

The 765 is one of a famous class of steam locomotives called the Berkshire; one known for its super power technology and aesthetic charm.  The men and women of the Fort Wayne Railroad Historical Society saved the 765 from becoming a rusting monument in a city park and restored it to operating condition in 1979.  For fourteen years thereafter, the 765 would run special excursion trains around the country to the delight of 100,000 passengers. From 1993 to 2005, the 765 was completely rebuilt, and is now more than ready to reach another hundred thousand people.

Food and entertainment will be available throughout the town and at the depot.  For local information email Sonya Cole at scole@ptd.net.