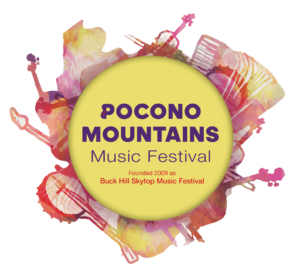 Registration is now open for the 2018 Pocono Mountains Music Festival Performing Arts Camp. The two-week program runs July 23-August 4, 2018 for students grades 9 through 12. In addition to a variety of daily musical and theatrical workshops, students receive master classes from industry professionals and the opportunity to perform in up to four Pocono Mountains Music Festival events alongside the festival’s headliners.

The 2018 Performing Arts Camp will be run by the new Artistic Director of the Pocono Mountains Music Festival, Scott Coulter. Scott is an award-winning performer, director, and producer who directed and starred in A Christmas Carol: The Symphonic Concert in its world premiere with the Baltimore Symphony. He reprised his performance in the Emmy-nominated PBS production. He is also an Emmy nominee himself for his performance in American Song. Scott is founder/owner of Spot-On Entertainment and is a resident director of original programming at 54 Below (Broadway’s Supper Club) in NYC.  He is a proud graduate of the Cincinnati College-Conservatory of Music.

This year, the Performing Arts Camp is introducing tap dance and we are thrilled to have one on NYC’s most celebrated tap teachers join our team: Germaine Goodson. She will work miracles with the students over this two-week period so be prepared to be blown away when you see the results of their hard work.

Confirmed instructors for the 2018 Performing Arts Camp are:

Klea Blackhurst (musical theater performance, vocal coaching) Klea Blackhurst is an actress, singer and comedienne known for her award-winning tribute to Ethel Merman, Everything the Traffic Will Allow. Most recently she starred in the celebrated production of Hello, Dolly! at The Goodspeed Opera House and The Nutty Professor, which premiered in Nashville, directed by legendary comedian, Jerry Lewis and featuring a score by Marvin Hamlisch and Rupert Holmes.

Vibecke Dahle (dance, movement, choreography) Vibecke Dahle has choreographed many children’s musicals in the US and Europe. She holds a Bachelor of Arts Degree, in Dance Teacher, from the Norwegian College of Dance and a Bachelor of Arts Degree, in Sports Coaching from The University of Sports, in Oslo, Norway. In New York, she teaches at the most prestigious dance studios including: Broadway Dance Center, Steps on Broadway, Peridance, Ballet Arts and The Ailey Extension.

The Performing Arts Camp is dedicated to bringing the most comprehensive experience to students by introducing them to every facet of the arts. Led by multi-talented performers and artists, this camp is an amazing opportunity for aspiring performers to kickstart their careers.