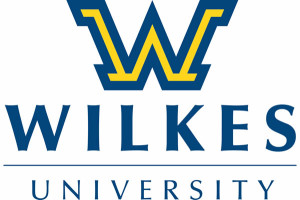 Selected Poems Will Be Featured on LCTA Buses

Poetry In Transit, an award-winning community program, invites writers to submit poems to be featured on Luzerne County Transportation Authority (LCTA) buses. The submission deadline for this year’s program is April 28. The theme for the 2017 program is Migration, and poems should reflect some aspect of this theme.

Poetry In Transit displays poetry in advertising space inside LCTA buses. The poems stay up for one year, with a monthly rotation so that riders can see all poems over time. The project was started in 2007 by Mischelle Anthony, Wilkes University associate professor of English, who continues to coordinate the program.

Guidelines for submitting poems are:

Submit poems by April 28 to:

Poetry in Transit is inspired by the rejuvenated Poetry In Motion on New York’s Transit System and on London’s Poems on the Underground program. The Luzerne County project began in 2007 with 12 placards featuring the work of established and canonized poets such as Wordsworth, Dickinson and Frost. The work of local poets was introduced to the project in 2008.

Wilkes University is an independent institution of higher education dedicated to academic and intellectual excellence through mentoring in the liberal arts, sciences and professional programs. Founded in 1933, the university is on a mission to create one of the great small universities, offering all of the programs, activities and opportunities of a large, research university in the intimate, caring and mentoring environment of a small, liberal arts college, at a cost that is increasingly competitive with public universities. The Economist named Wilkes 25th in the nation for the value of its education for graduates. In addition to 42 bachelor degree programs, Wilkes offers 25 master’s degree programs and four doctoral/terminal degree programs, including the doctor of nursing practice, doctor of education, doctor of pharmacy, and master of fine arts in creative writing. Learn more at www.wilkes.edu.