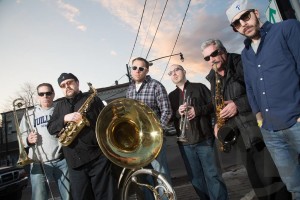 Tweet
On Thursday, April 30th, WJFF Radio Catskill and The Cooperage Project are teaming up to
present the Indigo Moon Brass Band live from The Cooperage. The performance will take
place during WJFF’s radio show Ramble Tamble. Doors open at 6:30pm, and the show starts
at 7:00pm. All are welcome to attend the performance, which will be simulcast live on WJFF
Radio Catskill, 90.5 FM, www.wjffradio.org
Ramble Tamble airs Thursday evenings from 7:00 to 9:00 pm on WJFF. It is produced by
longtime WJFF Radio Catskill volunteer and on-air host, John Gordon, who has been doing
the show for years. The April 30th edition of Ramble Tamble will be Gordon’s 508th show, and
his first-ever live musical program broadcast from the stage of The Cooperage.
Inspired by the music of New Orleans, the three founding members of The Indigo Moon
Brass Band spent a few years in the culturally rich ‘Big Easy’. Since its formation, this group
of three has gained a few members as they busked on the streets of Wilkes-Barre and
Scranton. Joining Nick Driscoll on stage will be Tommy Hamilton, David Jumper, Gary
Rixner, George Levandowski, and Matt Smallcomb.
The band will be playing a range of music, from rhythm & blues and hip-hop to traditional
New Orleans favorites to free jazz improvisation. While this music is great for listening, you
may find yourself ready to jump to your feet and dance! The Indigo Moon Band was at The
Cooperage in January 2015, and they were a hit.
It’s Ramble Tamble Live with the Indigo Moon Brass Band. You can listen to WJFF on air and
online, or stop on down to The Cooperage and be there in person for this unique live radio
concert. Doors open at 6:30pm, show starts at 7:00pm. BYOB. Donations collected at the
door to cover the cost of the event.
The Cooperage is operated by the The Cooperage Project, is a 501c3 not-for-profit organization
that seeks to build community through performance, learning and good times. For more
information visit www.thecooperageproject.org or call 570.253.2020.
WJFF, Radio Catskill, is a hydro-powered volunteer-driven public radio station based in Jeffersonville, NY
and with a satellite studio in Honesdale, PA. Its contingent of more than 100 volunteers provide listeners
with a mix of both locally and nationally produced programming on the air at 90.5 FM and streamed live
and archived at www.wjffradio.org 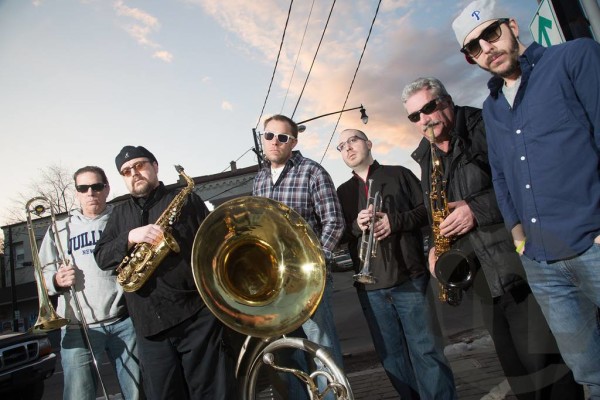 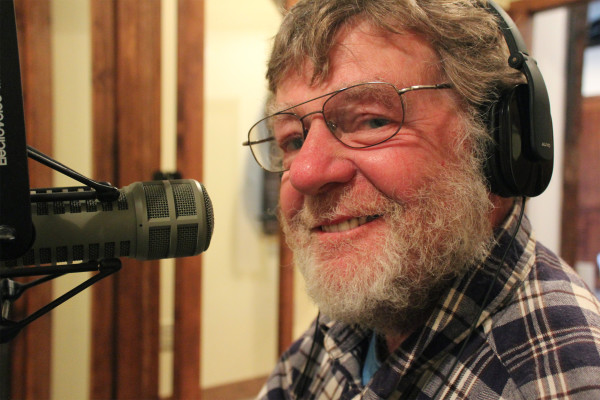 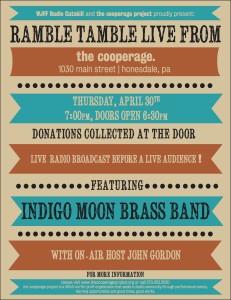