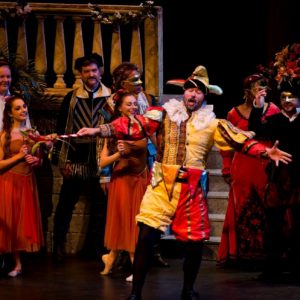 Tickets are on sale now and available through the Kirby Center box office, online at www.kirbycenter.org and charge by phone at (570) 826-1100.

All seats are just $10, plus applicable fees, thanks to underwriting from the Pennsylvania Council on the Arts.

Composed in 1851, Rigoletto is an intriguing study of the contrasts between good and evil. Destinies collide as the womanizing Duke of Mantua and his vengeful court jester Rigoletto, weave a fascinating drama of seduction, betrayal, curses and vendettas ending with the tragic death of an innocent young woman.

Teatro Lirico D’Europa was created in 1988 by the late Yves Josse, a former ballet divo and brilliant French arts promoter, and Giorgio Lalov, a young Bulgarian opera singer who made his debut at Teatro alla Scala, Milan, at the age of 25 while participating in Scala’s famous international training program for young singers. The collaboration between Josse and Lalov was a huge success in a very short time, resulting in tours with over 250 performances a season throughout France, Belgium, Switzerland, Germany, Japan, the Netherlands, Spain, Italy, Sicily, and Portugal including performances at Salle Pleyel in Paris, Okinawa Performing Arts Center, Teatro Atlantida in Barcelona, Salida de La Compania in Madrid, Teatro Cervantes, Madrid, Teatro Lope de Vega in Seville, and others.

From the very beginning, the company established itself as highly competent in delivering traditional, full-scale productions featuring a large orchestra and chorus, and professional opera singers who performed at the top national theatres in their native countries. The unusual chemistry of the company proved to be very popular with European audiences. Teatro Lirico D’Europa had completed over 2000 performances worldwide at the time of Josse’s passing in 1995.

1995 marked a new beginning for Teatro Lirico D’Europa, Lalov shifted his focus from touring in Europe, to touring in the USA. Teatro Lirico D’Europa had developed a firm history of success with a huge portfolio of hundreds of rave reviews for full scale opera productions that had been presented all over Europe at 180 different venues. The company also had a fine collection of outstanding, professionally mastered live CD recordings.

Tickets: $10.00, plus fees, courtesy of the Pennsylvania Council on the Arts. 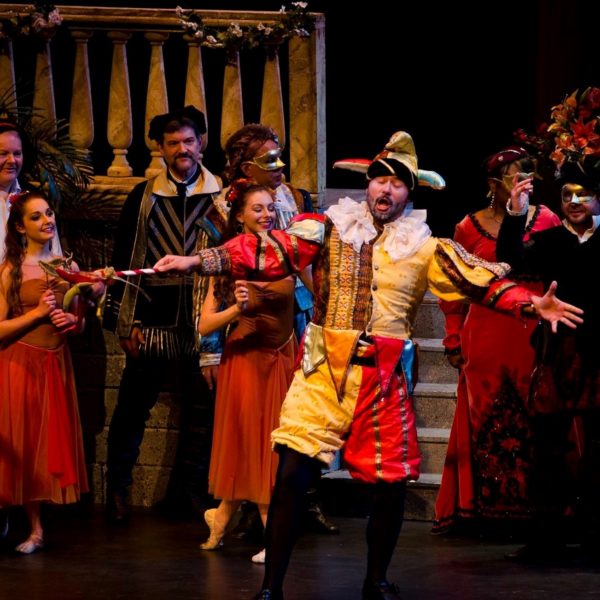