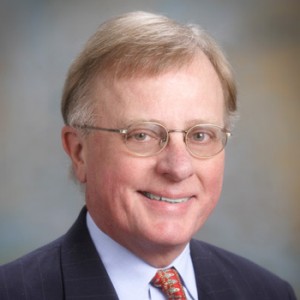 Syndicated columnist and economist Thomas Sowell is well known for his conservative viewpoints and less-government-is-good-government ways of thinking. Unfortunately for his readers, he misrepresented some important facts in a recent column in July to support his point of view about the role of the federal government during a recession or economic recovery.

He made a rather stark proclamation that the “American economy has repeatedly recovered faster when left alone than when politicians decided that they have to ‘do something.’ ’’ Unfortunately, we do not know what time period in U.S. economic history he is talking about because he failed to provide any clear examples. Politicians have been involved in efforts to restore economic health from at least the 1930s in our country and most certainly after the Employment Act of 1949. Exactly when since the 1930s has the economy been left alone to recover by itself? Perhaps, he is referring to the U.S. economy pre-Herbert Hoover.

But let’s set aside the discussion about government involvement and focus on the contention that the Obama administration’s stimulus package is not stimulating anything. The contention itself is not troubling. But what is troubling is Dr. Sowell’s choice of data and arguments to make his case. In fact, the data he quotes make exactly the opposite case.

For example, he notes that the velocity of circulation of money fell in 2008, a fact he quoted correctly from a Wall Street Journal article. To be sure, velocity is an important barometer in measuring the level of economic activity. In layman’s terms, it simply means the rate at which money is passed from one transaction to another and can be an indicator of how robust an economy is or isn’t. But quoting 2008 data on velocity to make a point about the 2009-10 recovery is very odd.

So let’s examine velocity data for the periods before and after the Obama stimulus. In 1995, velocity was fairly stable and ranged between 2.0 and 2.25. Around 2001 and coinciding with the inauguration of George W. Bush, velocity dropped precipitously and then leveled off at a stable, but lower range of 1.75-2.00. It was stable at this lower level until late into the Bush presidency in 2008 when it sank to its lowest levels in decades. It is not until the first quarter of 2009 and continuing into 2010 that velocity figures began to increase, coincidentally with the start of the Obama administration and stimulus.

Why Dr. Sowell chose to quote 2008 velocity data from the Bush administration to make his point about the Obama stimulus program is curious at best and misleading at worse. The simple fact of the matter is that the velocity of money has increased about exactly in line with the passage of the stimulus package. By Dr. Sowell’s own calculations, it means the Obama stimulus is working!  Dr. Sowell’s argument that velocity of money data showed that people were not spending stimulus funding is false. Data from the Federal Reserve for 2009 and the first part of this year show just the opposite.

The country also has no reason to expect inflation during the recovery from a recession, like Dr. Sowell suggested. Recessions result in underutilized production capacity and unemployment. Therefore, increases in demand for products can be met with existing capacity. When there is excess production capacity, even with growth in spending, it is expected that there will likely be no upward pressure on production costs and consequently no upward pressure on prices.

Similarly, employers would be expected to squeeze as much productivity out of their existing, albeit reduced workforces and will not start hiring full time until they believe the recovery is permanent. Business usually hires part-time or temporary workers as production increases during a recovery and then waits for signs of growth in demand that are permanent. What we see is simple and good business behavior entirely consistent with a stimulus-generated recovery from a serious recession!

Dr. Sowell also was a little cynical and misleading again when he stated that businesses will not hire full timers because they want to avoid health insurance costs.

The answer to why businesses are hiring part-time and temporary workers is probably the simplest one. Business will not hire full-time workers until they believe a recovery is sustainable. The reason offered by Dr. Sowell — health care cost avoidance — has enough appeal to a certain political base that it seems plausible. Nonetheless, it is still misleading and is more politics than economics.

It is too bad that an economist of Dr. Sowell’s reputation was not more careful in presenting his case against the Obama stimulus. These are difficult times and it does no one any good to misrepresent the facts of the recovery. The general public deserves and needs more careful analysis and explanation.

John Sumansky, Ph.D., is an economist and is professor and chairman of the Department of Business at Misericordia University in Dallas, Pa. 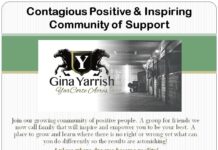