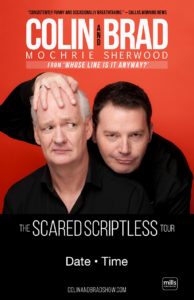 F.M. KIRBY CENTER · THURSDAY, MAY 11 · 8PM
February 20, 2017 (Wilkes-Barre, PA) — Armed with nothing but their sharp wit, “Whose Line is it Anyway?” stars Colin Mochrie and Brad Sherwood take to the stage with their uproarious live improv show, The Scared Scriptless Tour, coming to Wilkes-Barre, PA. The performance will take place at the F.M. Kirby Center onThursday, May 11 at 8:00 p.m.

Known by TV audiences for their work on Whose Line is it Anyway?, Colin and Brad improvise new material every night from audience suggestions and participation. “Interactive” in every sense of the word, Colin and Brad will take the audience on a comedic high-wire act… just like a live version of Whose Line! Get ready for a night of non-stop laughter for all ages!

Millions of fans are enjoying Colin Mochrie and guest star Brad Sherwood in the triumphant return of ‘Whose Line Is It Anyway?’ on The CW. The highly-rated series is more popular than ever and is now in its fourth season which premiered in May 2016.

“…barely a moment passed during which the

audience was not rolling with laughter”

“They had the audience in stitches from start to finish”

“Laughter is the Best Medicine”

An evening presented by Geisinger 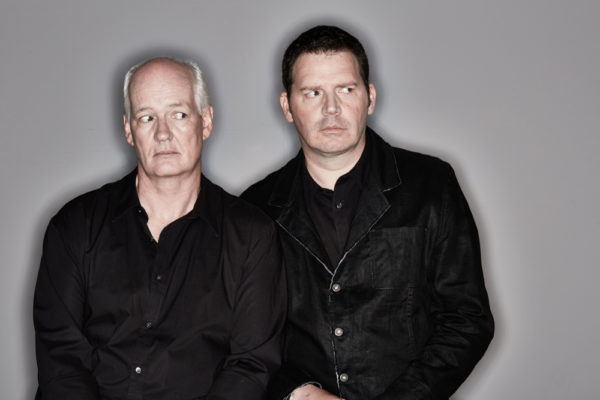