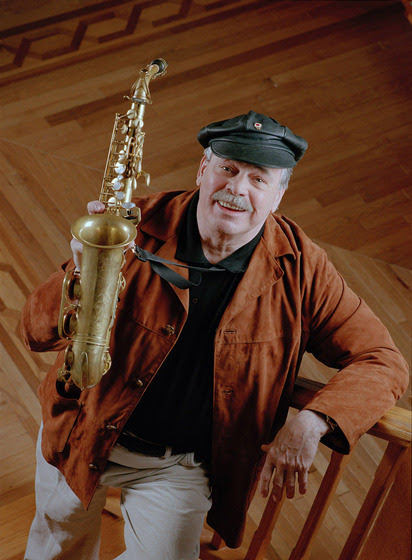 Calendar
Add to Calendar
When:
September 8, 2016 @ 8:00 pm – 10:00 pm
2016-09-08T20:00:00-04:00
2016-09-08T22:00:00-04:00
Tweet
ESSA Bank & Trust and the Deer Head Inn present a gala concert to benefit Celebration of the Arts
Stroudsburg, PA (August 22, 2016)—ESSA Bank & Trust and the Deer Head Inn join together to salute iconic saxophonist Phil Woods at a tribute concert with proceeds benefitting Delaware Water Gap Celebration of the Arts (COTA). The gala concert will take place on September 8 at Stroudsburg High School (1100 West Main Street, Stroudsburg, PA).
Performing that night will be the Phil Woods™ Quintet, the Phil Woods™ Big Band, Bob Dorough, Randy Brecker, Grace Kelly, and other special guests including contemporary and friend to Phil, tenor sax player Houston Person, best known for his long partnership with Etta Jones. Also playing will be composer, arranger, and saxophonist Vincent Herring who partnered with Nat Adderley for nine years, and was guest soloist with Wynton Marsalis at Lincoln Center, and John Faddis with the Carnegie Hall Big Band.
Phil’s musical career spanned over 65 years, playing saxophone with such greats as Quincy Jones, Dizzy Gillespie, Thelonious Monk, Buddy Rich, Bill Evans, Oliver Nelson, John Coates, Jr., Bob Dorough, and countless other musicians. He is listed as a bandleader or a main performer on more than 100 albums and is a featured soloist on albums by Billy Joel, Paul Simon, and Steely Dan.
“It is an understatement to say Phil Woods was one of the greatest jazz alto saxophone players to ever set foot on this planet,” said Quincy Jones. A Downbeat Annual Readers poll agreed electing him best alto saxophone player roughly 30 times.
Phil was nominated for seven Grammy Awards, winning four. He was inducted into the American Jazz Hall of Fame in 1994. In 2007, Phil won the Kennedy Center Living Legends in Jazz Award and the National Endowment for the Arts Jazz Master Fellowship. When he accepted the award he said, “Jazz will never perish. It’s forever music, and I like to think my music is somewhere in there and will last maybe not forever, but may influence others.”
Ticket prices range from $30 to $125 for VIP tickets, and may be purchased here. Doors will open at7:30 p.m. and the concert begins at 8:00.
About The Deer Head Inn
The Deer Head Inn is the oldest continuously running jazz club in the country and is located in historic Delaware Water Gap. The Inn has supported COTA since its inception and is honored to have had many of the evening’s performers play at the club. For more information visit www.deerheadinn.com
About ESSA Bank & Trust
ESSA Bancorp, Inc. is the holding company for its wholly owned subsidiary, ESSA Bank & Trust, which was formed in 1916. Headquartered in Stroudsburg, Pennsylvania, the Company has total assets of $1.8 billion and has 26 community offices throughout the Greater Pocono, Lehigh Valley, Scranton/Wilkes-Barre, and suburban Philadelphia areas. ESSA Bank & Trust offers a full range of commercial and retail financial services, insurance, investment, and trust solutions. ESSA Bancorp Inc. stock trades on the NASDAQ Global Market (SM) under the symbol “ESSA”.
Sign up to receive email updates
Upcoming Events