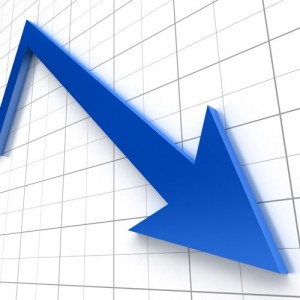 It’s Not the GOP or the Dems – It’s CEOs

“The truth is that none of these people have that much to do with the growth of our economy,” said Faust, founder of Echelon Management and author of Growth or Bust! Proven Turnaround Strategies to Grow Your Business (www.echelonmanagement.com). “Tax and monetary policy can influence growth, but the onus is on business leadership to take steps now. It’s the leaders in business whose shoulders prop up the economy, and while they tend to be even more demonized than politicians these days, they are the ones who hold our economic salvation in their hands. The leaders of companies are on the front lines of an international economic war. Their chief strategy to fight this war must begin to encompass a mindset that includes a turnaround mentality to put every facet of American business into an accelerated growth mode. As in war, failure is not an option, and there is only one mission for business leadership at this time – growth.”

Faust, who has consulted for many major blue-chip corporations such as Proctor & Gamble, IBM, Monsanto, Apple, Syngenta, Bayer and John Deere, believes that business leaders have a far greater responsibility to Americans than any elected official, and now is the time to own up to that responsibility.

“The fate of the jobless, families and children are literally in the hands of business leadership,” he added. “To not accelerate growth and innovation is to abandon those in dire need. Our C-level executives must begin to adopt the attitude that tolerating mediocrity in their leadership and growth is a sin. In a free market, the recession is a burden on the people, but a blessing to business, because it eradicates complacency, which is the opposite of innovation and true growth. It also destroys the enemy of growth and innovation: hubris and pride. It gleans the herd in business, which can sometimes have short-term ramifications for everyone, but in the long run it creates jobs, opens opportunity and strengthens the economy as a whole.”

CEOs should be held responsible for their roles as leaders, moreso than even politicians, according to Faust.

“CEOs and company presidents need to be held to the same type of productivity yardsticks that production and others are held to,” he said. “However, rather than productivity, the yardstick boards of directors must use with top leadership is the rate of innovation being facilitated throughout a company. Cost cutting as the only means of growing profits is the tool of inept, derelict and uncreative leadership. When there is a consistent level of mediocre performance in the innovation of a company, the board has only one option with the CEO/President, to allow him to leave the position the same way he or she came into the position, fired with enthusiasm.”

About Mark Faust
Since founding Echelon Management in1990, Mark Faust has consulted with hundreds of companies and spoken to hundreds of organizations on how to foster sales growth. He has interviewed and worked with Fortune 500 CEOs as well as many turnaround CEOs on growth and turnaround projects and many articles. Faust has worked with companies such as P&G, IBM, Monsanto, Apple, Syngenta, Bayer, John Deere, as well as smaller closely held organizations, government agencies and even non-profits. He has been an adjunct COO, VP of Sales, board member/advisor and an adjunct professor at the University of Cincinnati and Ohio University. (www.echelonmanagement.com) 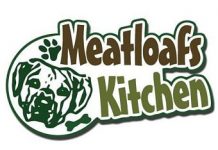