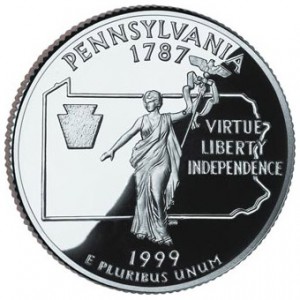 HARRISBURG, Pa. – Calling it a critical investment in Pennsylvania’s 21st century workforce, a number of groups are pushing for passage of a measure giving industry partnerships the backing of state law. Under those partnerships, businesses with similar needs join forces to train workers and keep employee skills up to par. Just five years ago, $20 million in state funding was dedicated for those partnerships, but that figure has dipped to under $8 million during the past two years because of tight state budgets.

Keystone Research Center economist Stephen Herzenberg says by making the partnerships part of Pennsylvania’s statutory law, the legislature can ensure that the programs continue and that the state can reap the benefits through a better workforce.

Marcia Macey, executive manager of Westmoreland Professional Builders Association, says they used money provided this year to make sure contractors got certified to work on older homes, as required under a new federal law.

“This EPA requirement went into effect and I don’t think any of these businesses had any kind of training money budgeted for 2010. It was a huge, huge benefit.”

Carol Fanelli with the Delaware County Healthcare Partnership says funding helps them not only train their workers for current needs, but also increases their potential.

“We’re doing it with mostly low-skilled employees. We’re building them up so that they can bring more value to the job, and most people understand that right away.”

Republican Sen. Michael Brubaker is sponsoring the proposal, backed by nearly 200 businesses and a bipartisan group of senators. To enact the bill this year, senate leaders need to act within the next seven days.

More than 70 industry partnerships in fields like manufacturing, construction and health care currently exist across Pennsylvania.