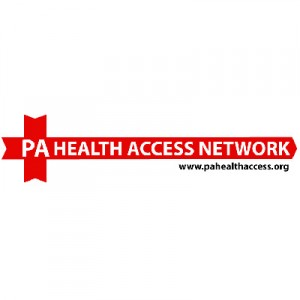 Despite the efforts of some state lawmakers to save adultBasic, Pennsylvania Governor Tom Corbett has opted to end the program rather than address a funding shortfall.

“The Governor’s choice reflects the wrong priorities,” said Diane Topakian of SEIU Pennsylvania State Council and a member of the Pennsylvania Health Access Network (PHAN). “He has chosen the insurance industry over working Pennsylvanians and the public interest.”

She was among several health advocates and adultBasic consumers to gather outside the Governor’s residence in Harrisburg at 5:30 pm for a candlelight vigil in support of preserving adultBasic. Earlier, advocates gathered in Pittsburgh’s Market Square for a noon rally. Both events were organized by PHAN.

Natalie Ross, an adultBasic consumer, pleaded with the Governor and lawmakers to step up and save adultBasic.

“We are working, trying to make ends meet,” she said. “We take care of your kids. We cook your food. We work in the stores you shop in. Don’t give up on us! We need your help.”

AdultBasic provides bare-bones health coverage to Pennsylvanians earning up to 200% of the federal poverty level. As of January, it covered 41,424 Pennsylvanians.

An agreement with the state’s four Blue Cross/Blue Shield plans providing critical funding to adultBasic expired in December, creating the current crisis. Rather than address the funding crisis, Governor Corbett has opted to allow adultBasic to end.

“With 3 percent of their surpluses, the Blues could fund adultBasic for an entire year, fulfilling their charitable obligation,” said Sharon Ward, Director of the Pennsylvania Budget and Policy Center and a member of PHAN. “But now the Commonwealth is giving the Blues a free pass on that charitable obligation.”

Antoinette Kraus, PHAN’s Project Director, added: “This decision is going to drive up costs for taxpayers and our community hospitals, as more uninsured people go to ERs with serious health issues that could have been treated much earlier at much less cost.”

The Pennsylvania Health Access Network (PHAN) is a coalition of 50 groups from across the Commonwealth working to improve access to quality health care through the expansion of health insurance coverage. To learn more, go to www.pahealthaccess.org .