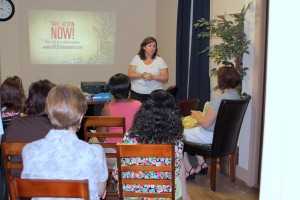 I’m not normally inclined to see scary or depressing movies, but after hearing former US Comptroller General David Walker speak on the national debt last year at a conference, I had to see his movie “I.O.U.S.A.”  In his speech to the NAPFA National Conference, Mr. Walker managed to both terrify and offer hope about the future of our national fiscal health.  His movie was no different.

Thursday night, July 29, a group gathered at the Baehr Family Financial office to view “I.O.U.S.A.” together.  It was a well made and interesting film, produced by the Peter G. Peterson Foundation.  The premise of the film was that we are facing a national debt that grows $4.1 billion PER DAY, caused by deficits in Budget, Savings, Trading, and most importantly, Leadership.

It was interesting to hear about the history of budget deficits, and how far we have been in the hole in the past, and yet recovered.  It was also eye opening to see how much faster our debt has accumulated over the past couple of decades than it has in the past, and how our current path is clearly unsustainable, leading to our financial ruin if we don’t change.  The film also stressed the importance of personal savings, and how little most Americans have.  We learned about the trade deficit from Warren Buffett, through his movie clip “Squanderville vs Thriftville.”

Finally, Mr. Walker put forth that the most critical deficit we face is the deficit of leadership.  As long as legislators believe their constituents won’t accept decisions that increase taxes or reduce spending, they will keep creating and voting for laws that promise more spending and entitlements, with lower taxes.  We were cautioned not to believe politicians promoting more government programs that won’t cost anything- or may actually save money.  If we use a little common sense we will realize that is not possible.  We must communicate to our representatives that we understand they must make hard choices to get us on a solid financial footing, and that we support them in that effort.

Our take-away as a group was that we need to spread the word that our current fiscal policy is disastrous and unsustainable, and contact our legislators.  We also need to make the younger generations aware of the problem, and take the time to teach them to be financially responsible.

If you are interested in seeing this eye opening film, it is available through NetFlix and Amazon.

Erin Baehr, is a Certified Financial Planner™ and Enrolled Agent.  She is the owner of Baehr Family Financial, a Fee Only financial planning firm in Stroudsburg, offering personal and business consulting on an hourly or retainer basis.  She can be reached at ebaehr@baehrfinancial.com or 570-223-1550.