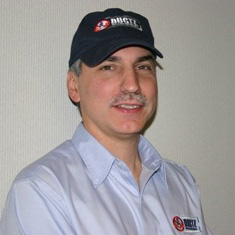 DUCTZ of East Stroudsburg has expanded its services with the addition of a “Total Care” program that provides carpet and upholstery cleaning services. DUCTZ is the nation’s largest air duct cleaning and heating, ventilation and air conditioning (HVAC) restoration company. “Poor indoor air quality stems from not only dirty air vents, but also from dirty home furnishings,” says Al Gallucci, franchisee of the DUCTZ of East Stroudsburg .“Our goal is to assure that people are breathing the cleanest air possible and they are unable to do that if they have rugs and furniture that has dirt trapped in their fibers.” While the economy took its toll on many businesses in 2009, it did not stop John Rotche, president of the BELFOR Franchise Group (the parent company of DUCTZ), from unprecedented growth. In 2009, DUCTZ increased its number of franchise units by 30 percent, adding 40 new units for a total of 171 units throughout the country. Rotche launched the DUCTZ Total Care package as a way for DUCTZ franchisees to create a new revenue stream as well as to provide more valuable services to its customers.