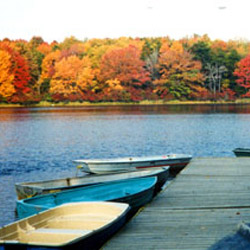 The 750-acre Pocono Plateau Camp and Retreat Center has a shot at a Pepsi Refresh Grant and the campaign for dollars is a virtual one. According to Pepsi’s official site, The Pepsi Refresh Project is “a ground-breaking initiative designed to fund good ideas, big and small, that help refresh our world” and it will award more than $20 million in 2010 “to the ideas voted most likely to move our communities forward by the public via online voting.”

The grant proposal submitted by Pocono Plateau has been accepted, but, it is now a matter of its success at social media. The online community gets to vote on the projects that get the bucks, via Facebook, Twitter, and LinkedIn. The retreat center will plan to use the money to provide a nature program for guests, students, scouts, 4H-ers, families, and campers from all over the area, in a program otherwise known as “Rebuild Our Nature Lodge.” Several rounds of grants have already been awarded; this latest round which opened for votes began May 1, will see a total of $1.3 million given to the causes with the most votes. For more information and to vote, visit http://www.refresheverything.com/poconoplateauenvironment?utm_source=email&utm_medium=email&utm_campaign=good_luck.