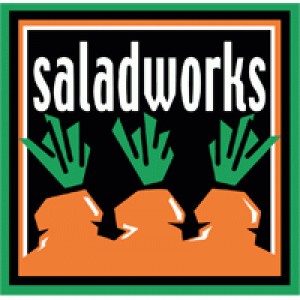 The franchisees, a husband and wife team, Mark and Ebony Satterfield, have held several successful business ventures and are looking forward to opening their first Saladworks franchise.

When choosing a franchise, the Satterfields did extensive research on numerous companies, concentrating on the company’s history, what the support is offered after you sign an agreement, and they talked to numerous franchisees.

“Saladworks was the most organized, they really have their act together of all the franchises we reviewed,” Mark Satterfield said. “They’ve been building a successful brand for the last 25 years and they have a lot of experience with franchise support. “This isn’t just a few guys who can run a successful restaurant themselves; this is an extensive staff with a wealth of knowledge and experience, and that’s important for ongoing support.”

Both born in New York, Mark and Ebony now live in East Stroudsburg. A former truck driver and a financial services representative, respectively, the couple also chose Saladworks because it fit well with their healthy lifestyle.

“We knew we wanted to open a franchise we could believe in,” said Mark Satterfield. “Saladworks offered products that we would eat ourselves.”

This location will mark Saladworks’ first Poconos store. Stroudsburg is the perfect place to expand the Saladworks concept,” said Chairman/CEO, John Scardapane. “We look forward to feeding the local appetite with the same healthy, diverse, exceptional menu and outstanding service that makes our brand successful in other markets around the country.”

Saladworks, celebrating its 25th anniversary, is the nation’s first and largest fresh-salad franchise concept, operating 100 locations in 12 states with more than 60 units in development. Saladworks offers a “fanatic’ly fresh” menu of flavorful salads, signature dressings, proprietary soups, Fusion and panini sandwiches. With the addition of the True Nutrition menu, Saladworks’ signature salads average less than 300 calories. In 2012, Entrepreneur magazine named Saladworks the nation’s number-one salad franchise, for the fourth year in a row. It is consistently listed on QSR’s 10 Best Franchise Deals; Inc.’s 500/5000; and Philadelphia Business Journal’s Best Places to Work. Scardapane was named 2011 CEO of the Year by SmartCEO. For more information, visit http://www.saladworks.com.