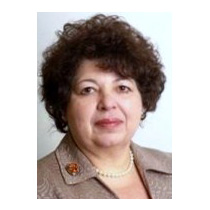 A look at the latest estimates from the U.S. Census demonstrates that a diverse population is now the norm in our area.

In Monroe County, for example,  approximately 6% of the population is foreign-born, and 10% of residents above the age of five speak a language at home other than English. The non-Anglo, non-white population also increased to 30% in 2009, as compared to 18% in 2000, and to a slight 5% in 1990.  The pattern has followed suit for the entire Pocono region.

What impact does this change have for our business community? Right off, it means that successful business owners and managers can no longer conduct businesses as usual.  And that the changing demographic dictates management approaches that must embrace inclusion and diversity.

Consequently, diversity is inclusive, and research shows that companies successfully adapting to these changes have increased productivity, new clients, creativity, and expanded marketing opportunities.  Attention to inclusion can also help ward off lawsuits stemming from failure to comply with Federal and State equal opportunity legislation that make discrimination in the workplace illegal.

But diversity in the workforce is more than simply recognizing differences in people.  It requires working to eliminate negative attitudes and behaviors that may include outright discrimination— the kind that becomes obvious when certain co-workers who are “different” are routinely excluded from office camaraderie, ridiculed for their dress, behavior or religious beliefs, or chided for publicly speaking a language other than English.

How can you foster diversity in your workplace?
Develop a zero-tolerance policy for bias, stereotyping, and discrimination.
Involve employees in executing diversity initiatives to ward off resistance to change.
Attribute a sense of equal value to all employee ideas and opinions.
Ensure that leadership positions reflect a qualified and diverse workforce.

And while there is no cookie-cutter formula to success, take the first step to successful diversity management by implementing an ongoing diversity training program in your business or workplace.

Finally, remember that diversity starts with respect for others and for oneself.  This is simple formula that transcends all differences.

Dagmaris Cabezas, MS, has a BA in Psychology from Rutgers University, and a Masters in Journalism from Columbia University.  She is the president of the Latino Task Force of Monroe County, and a real estate agent at Weichert Realtors Acclaim where diversity is welcomed and knowledge of different languages is considered a valuable asset.