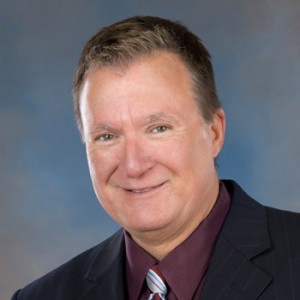 James A. Swetz, Esq., a shareholder with Cramer, Swetz & McManus, P.C. of Stroudsburg, was named a 2010 Pennsylvania Super Lawyer® and is listed in the June 2010 Philadelphia Magazine as one of Pennsylvania’s top criminal defense lawyers. Only five per cent of all Pennsylvania attorneys earn the Super Lawyer honor. This marks the third time Swetz was named to the list.

Swetz was chosen by his peers as being among the best criminal defense lawyers in the Commonwealth. Law & Politics Media conducts the research and surveys. The selection process for this status starts with balloting by 36,000 experienced Pennsylvania lawyers who are asked to identify the best lawyers they have personally observed. The balloting results are carefully researched and the candidates are ranked based on defined evaluation criteria. Following that, a blue ribbon panel is assembled for each practice area for the review of the nominees in their area of practice.  Finally, point totals from the survey, the research process and the panel review are totaled for the candidates, and the selection is made.

Additionally, at the end of April, the Pennsylvania Association of Criminal Defense Lawyers (PACDL-statewide organization of criminal defense lawyers) gave him the 2010 Charles P. Gelso Award at their annual convention recognizing continued commitment to the principles of Liberty and Equal Justice under the law and contributions to the association.  Charlie Gelso was a legendary criminal defense lawyer from Northeastern Pennsylvania.

Swetz is a native of Yonkers, New York and a cum laude graduate of the Villanova University School of Law where he was an editor of the law review. He and Bill Cramer are  the founding members of Cramer, Swetz & McManus, P.C., one of Monroe County’s largest law firms. He is currently a Vice President-Middle District of the Pennsylvania Association of Criminal Defense Lawyers (PACDL) and was given the prestigious 2010 Charles P. Gelso President’s Award for continued commitment to liberty and equal justice under the law. He is a frequent speaker at professional seminars on a variety of litigation subjects. Prior to his election as Vice President-Middle District, he served two terms on the Board of Directors of the Pennsylvania Association of Criminal Defense Lawyers and is Board Certified as a Civil and Criminal Trial Specialist by the National Board of Trial Advocacy. Swetz has an AV rating from Martindale-Hubbell which is the highest peer rating attainable in that publication and is listed in the The Bar Register of Preeminent Lawyers on Martindale.com. He also serves on the Lawyers’ Advisory Committee to the Judges of the United States District Court for the Middle District of Pennsylvania and is a member of the Pennsylvania and Florida Bars.