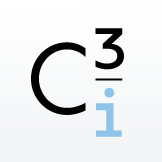 The company will use the space as its international Hardware Depot Hub to receive, repair, and distribute computers used by life sciences professionals. C3i expects to begin operational set-up in January, 2012 and plans to hire approximately 75 employees shortly thereafter.

C3i has leased part of a 92,400 square foot facility recently constructed on speculation by Mericle in the Phase I section of CenterPoint. The company chose this location due to its proximity to C3i’s Plains Township help desk operations center. In addition, CenterPoint provides easy access to C3i’s shipping carriers, including FedEx Ground, which is located in an adjacent Mericle-owned facility.

C3i has 1,250 employees worldwide including 125 at its North American help desk operations center in the Corporate Center at East Mountain, Plains Township. C3i began local operations in November, 2007 in 25,000 square feet of office space leased from Mericle at 100 Baltimore Drive. The performance of the team of employees C3i hired locally was instrumental in its decision to open a second facility here.

Joel Morse, C3i’s CEO said, “Based on our experience over the past four years with the quality of the workforce in the area, we decided to open our second facility in Luzerne County. In addition, Mericle has once again made the commercial leasing process very easy for us and we are looking forward to getting started.”

Besecker said Mericle’s speculative development program continues to pay dividends for the area’s economy. “We think it is critically important to have an array of quality existing space available when companies are considering establishing operations in our area,” he said. “Having that space gives Northeastern Pennsylvania a leg up when we are competing against other regions for new jobs.”

Besecker said C3i will be the 26th company to move into CenterPoint in the last five years. He said the demand for space in the park prompted Mericle to begin construction on a 108,939 speculative flex building in CenterPoint Commerce & Trade Park West, Pittston Township this spring. That building is nearing completion and will be ready for tenants later this fall according to Besecker.

Founded by Dave Hanaman, Joel Morse and Diana Kyser in 1993, C3i has grown into the leading provider of technology support services for the life sciences industry. Today, C3i serves over half of the world’s largest pharmaceutical companies from global operations centers on three continents.

C3i is headquartered in Morristown, New Jersey and also has operations in Hyderabad, India; Sofia, Bulgaria; and Dalian, China.

In its new facility in Jenkins Township, C3i will be looking to hire technology professionals who have skills in the area of software engineering, hardware break/fix, PC warranty repair, asset/inventory management, and logistics. All interested applicants are encouraged to visit C3i’s website, click on the “Careers” section, and then go to “Open Positions”. The requirements for each position can be viewed there and candidates can apply for the job on line.