Pike County, PA – The Pike County Chamber of Commerce is pleased that the local area businesses realize what a great event the Chamber is hosting by showing their support with top event sponsorships.  The following businesses have confirmed sponsorships:  Pike County Light & Power, Biondo Investment Advisors, Bon Secours Community Hospital and The Dime Bank as Gold Sponsors, Wayne Bank as Silver Sponsor and Dingman Delaware Insurance and McGoey, Hauser & Edsall as Bronze Sponsors.  The following media sponsors include The Milford Journal, Our House/Excursions Magazines & Bold Gold Media.  There are still sponsorship opportunities available to you or your business so please contact us right away.

The Signature Event for 2011 is a wonderful dinner with keynote speaker Mr. Alan Gerry, a local businessman and one of the nation’s entrepreneurial leaders.  Alan Gerry was the founder, Chairman and Chief Executive Officer of Cablevision Industries Corporation (“CVI”).  After nearly four decades in the cable television business, Mr. Gerry directed the nation’s largest privately owned cable company operating 64 cable systems in 18 states and employing more than 2,500 people.  With over 1.3 million subscribers at year-end 1995, CVI became the 8th largest multiple system operator in the United States.

Mr. Gerry was one of the first entrepreneurs to respond to demands for a greater number of channels and improved reception in areas where off-air television reception was unsatisfactory due to topography or remoteness from broadcast towers.  A true cable pioneer, he built his first such “classic” cable television system in 1956 in Liberty, New York, where he still maintains his corporate offices.  From this small base, Mr. Gerry’s entrepreneurial spirit and vision sparked a period of remarkable growth that resulted in the company’s expansion to rural, suburban and metropolitan areas.  In the cable financial community, Mr. Gerry was recognized for creating innovative capital structures that enabled the financing of CVI’s remarkable growth without accessing the public equity markets.  Today, Mr. Gerry continues as one of the nation’s entrepreneurial leaders.

The Evening will take place at the Best Western Inn in Matamoras on October 12, 2011.  Cocktails at 6:00p.m. and a sit down dinner at 7:00p.m.  Immediately following dinner, Mr. Gerry will be speaking on a few topics including how he started out as a regular business man and followed his intuition and worked hard to become one of the top entrepreneurs in the country and then came back to his humble beginnings to give back to the community in many ways including one his most notable, Bethel Woods Center for the Arts.

Individual dinners are $65.00 per person or you can take advantage of one of the available Gold, Silver or Bronze sponsorships for the event which includes dinners and advertising in the event’s brochure.

For more information, to become a sponsor or make reservations contact the Chamber office at (570) 296 – 8700 or online at www.pikechamber.com. 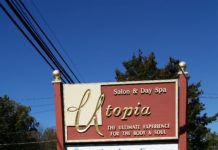