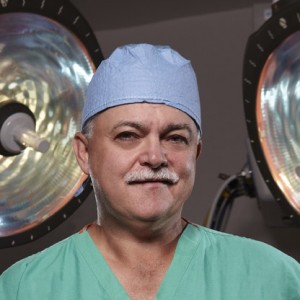 East Stroudsburg, PA – Dr. Laszlo Fuzesi has been named Director of Cardiothoracic Surgery at Pocono Medical Center (PMC). Fuzesi first joined the team at PMC over 20 months ago. In his new role, he plans to work with the team to expand services to include minimally invasive procedures for valve implants and repair performing these procedures through smaller incisions.

Prior to coming to PMC, Dr. Fuzesi was the first Director of the Cardiac Transplant Program and Professor of Surgery at Albany Medical Center in New York. During his tenure there, the statewide data reported that he had one of the lowest Coronary Artery Bypass Graft mortality rates in New York. He attributes his great patient outcomes to performing the majority of the surgeries on a beating heart, rather than on a bypass machine. Among other experiences, Fuzesi previously held leadership and faculty positions at Westchester Medical Center in Valhalla, New York and Newark Beth Israel Medical Center in New Jersey.

Dr. Fuzesi is active in all aspects of cardiac and thoracic surgery. He earned his undergraduate degree from Princeton University and his medical degree from Cornell Medical College. Fuzesi also trained in surgery at Thomas Jefferson Medical College and performed cardiothoracic training at Columbia Presbyterian Hospital in NYC.