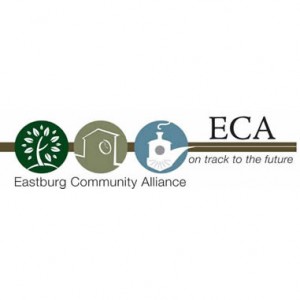 East Stroudsburg, PA –  The Board of Director’s of the Eastburg Community Alliance announces that Susan (Wallie) Randall has been appointed as the Downtown Manager. She assumed this new position June.

Eastburg Community Alliance is designated as non-profit 501c (3) corporation. The ECA’s mission is to advance the sense of place, quality of life, and economic vitality of Downtown East Stroudsburg. ECA is the driving force behind the annual Freedom Festival on July 4th at Dansbury Park, the Unity Tree celebration in Miller Park in December and the newly relocated historic Dansbury Depot. ECA works in partnership with the Borough of East Stroudsburg to improve the Downtown and is a member of the PA Downtown Center’s Main Street program.

ECA is a volunteer-driven organization that coordinates communication among various organizations and businesses and champions downtown revitalization. Sue looks forward to meeting our merchants and community members and answering as many of your questions as she can about opportunities available through the ECA, including façade grants available to downtown businesses interested in updating and beautifying their appearance.

Sue is a native of East Stroudsburg with a B.S. in Recreation and Parks from Penn State University. She was previously employed by East Stroudsburg United Methodist Church as the Director of Children’s Ministry, and prior to that, by the Monroe County Area Agency on Aging as the Senior Center Manager. She is married to Steve, a teacher in the East Stroudsburg Area School district and has 2 children, Lindsay and Lucas.