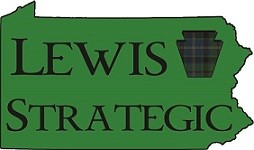 A state-of-the-art incubator and company-accelerator located on Interstate 80, the East Stroudsburg University Innovation and Entrepreneurship Center is located 500 yards from Interstate-80.

“70 years ago, Monroe County business and government leaders worked together to get interstate highway 80 to run through Monroe,” added Kelly Lewis, of Lewis Strategic. “Now a new generation must do everything possible to get the Gigabit information highway here, as fast as possible, at the most affordable prices in the United States.”

“Young people and companies are moving to Gigabit cities like Chattanooga and St. Louis because of ultra-affordable Gigabit broadband,” Lewis said. “To compete, the Monroe $1000 Gigabit project will require engagement by business and government leaders, at least 23 participating buyers and authorization by the County Commissioners to go-forward to launch the project on January 13th and finish it by May 12th,” he added.

Today’s Broadband rally at East Stroudsburg University featured broadband and innovation industry leaders who offered immediate solutions and strategies to maximize JOBS growth in Monroe County. “We are very pleased to facilitate the Monroe County Broadband Rally,” stated Marcia G. Welsh, Ph. D., President of East Stroudsburg University, “This Rally was designed as a serious wake-up call for leaders in government, business and healthcare to see why $1000 Gigabit broadband is essential for companies and citizens, and what immediate steps need to be taken to position Monroe County to create JOBS in the new economy.”

Monroe Broadband Rally greetings and introductions were provided by:

Organizations interested in $1000 Gigabit are being asked to complete a brief survey by visiting https://goo.gl/forms/4LQakQXtOnvrU2yz1 in order to become a participant. Future Monroe County $1000 Gigabit meetings are scheduled for 2017: January 13, February 13, March 13, April 13, and May 12, 2017. David Parker will serve as a local point of contact for Monroe County participating organizations. David may be reached at dparker18301@gmail.com or 570.656.9232.