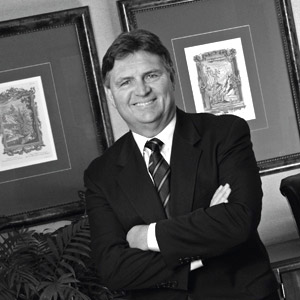 What happened to Wall Street?

Before Congress and the eyes of the world the executives of financial giant Goldman Sachs admitted that they bet against America. They created financial instruments that they compared with manure so that they and their clients could place big bets on mortgages and housing.

For the winners there were fortunes to be made, even if our financial system was taken to the point of destruction and our children handed a debt burden of unimaginable proportions.

In his latest best seller “The Big Short” author Michael Lewis tells the stories of others who made the same bet against subprime and the financial institutions who pedaled them. Savvy investors who from their insider’s vantage point could predict the end game. They forecast the mass of foreclosures across the country, the broken dreams and busted businesses.

They saw the evaporation of life savings and the arrival of massive unemployment. They knew we faced a financial Armageddon and they placed their bets in the Wall Street casino. Big bets that paid off when the misery index was at its maximum and our financial institutions were forced to beg for a bail out to save our financial system.

This is the unacceptable face of capitalism. Power brokers who were supposed to generate the capital to drive the American economy are instead creating financial instruments of mass destruction.  Worthless mortgages given triple A ratings because the big financial houses paid the agencies to do it. As simple as that. A rigged game if ever there was one.

With all of our regulatory agencies asleep at the switch or outsmarted by the slick operators of Wall Street, the law abiding citizens of the country were left defenseless.  None more than America’s homebuilders.  Big Builder magazine recently predicted that 80% to 90% of the nation’s private home builders will close their doors before the recovery arrives.  A recovery that still appears to be a long way off.

One of the great mysteries for builders has been the failure of banks to conduct “workouts” during this recession. Unlike previous downturns when lender and borrower would come together to solve problems and mitigate the damage this time lenders have just rushed for the exit door. This time co-operation and patience has been replaced with arrogance and litigation.

Today’s hearings and media revelations are filling in the blanks and giving us the “rest of the story”.  The events leading up to the great bank bailout of 2008 are very revealing to America’s home builders. Why did profitable and solvent builders suddenly lose their funding? Why were projects suddenly being appraised and re-appraised until the lender got the number he was looking for?  Why were performing loans torpedoed for no apparent reason? Why were builders the victims of “contrived defaults”?

We can now see the scale of the catastrophe created on Wall Street and what it meant for our industry. A trillion dollars lost on the subprime fiasco and the total undermining of housing markets all over the country. Do we need bank reform? Of course we do, but streamlined and efficient regulatory oversight is more important.

It doesn’t end there. While the citizens of America have suffered mightily the culprits have not. Most of those responsible for this national nightmare are still in the positions they held, while others have left with big pay offs. This too is the unacceptable face of capitalism.

We can only hope that the hearings now underway in Washington D.C. as well as the work of investigative journalists and authors will generate the charges that justice demands.  This November the politicians will feel the countries anger at the polls but that will not be enough.

Those who put their personal greed ahead of the national interest need to pay a price as well.

Mick Pattinson is the President of Barratt American, a San Diego home builder, and also the past president of the California Building Industry Association.