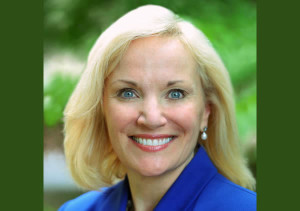 Nichola (DelBalso) Gutgold of Allentown has been selected as the recipient of the 2016 King’s College Alumni Award for Outstanding Professional Achievement. This award is presented to an alumnus/alumna who has distinguished himself/herself through exceptional professional achievement. The award will be presented at the awards dinner hosted by King’s College President Fr. Jack Ryan on Saturday, May 21, 2016 at 6 p.m. at King’s College in Wilkes-Barre. Gutgold is a professor of communication arts and sciences at Penn State Lehigh Valley and serves as the Associate Dean of Academic Affairs at Penn State Schreyer Honors College.

Often quoted in media outlets for her expertise, Gutgold’s research focuses on the rhetoric of women and her comments have been included in The New York Times, San Francisco Chronicle, National Public Radio, U.S. News and World Report and the Los Angeles Times.

Gutgold’s writing includes several books: Women in the Academy:  Learning From Diverse Career Pathways (2016); The Rhetoric of Supreme Court Women:  From Obstacles to Options (2012) Almost Madam President:  Why Hillary Clinton ‘won’ in 2008, (2009); Seen and Heard: The Women of Television News, (2008), and Paving the Way for Madam President (2006). With Molly Wertheimer she co-authored, Elizabeth Hanford Dole: Speaking from the Heart (2004). With Ted Sheckels and Diana Carlin, Gutgold co-authored Gender and the American Presidency:  Nine Presidential Women and the Barriers They Faced (2012).

Gutgold served as a visiting scholar at California State University-Chico and at Capital University of Business and Economics in Beijing, China.

Recently featured in the New York Times, she co-authored a children’s book based on research on women and the American presidency, Madam President:  Five Women Who Paved the Way (2015). A sought-after speaker, in 2013 she gave a TEDxPSU talk on women and the American presidency. Gutgold earned her Ph.D. in speech communication from Penn State (1999), a Master of Arts in speech communication from Bloomsbury University (1988) and two Bachelor of Arts degrees in English and mass communications from King’s College (1984).

Married to Geoff Gutgold, they are parents of two grown children, Ian and Emily Ann.