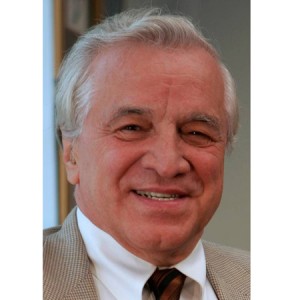 Dallas, PA — The College of Arts and Sciences at Misericordia University has named Stanley J. Dudrick, M.D., a native of Nanticoke, Pa., and Professor of Surgery at Yale University School of Medicine, as medical director for the prospective physician assistant program that is currently under development.

The proposed entry-level master’s degree in physician assistant studies would be the first graduate program for the College of Arts and Sciences at Misericordia University. The application for provisional accreditation by the Accreditation Review Commission on Education for the Physician Assistant (ARC-PA) has been made. A formal site visit is scheduled for October 2011 and a decision on the provisional accreditation status of the program would be issued by the ARC-PA in March 2012. Provisional accreditation is granted for a limited, defined period to a new program that, at the time of the comprehensive review, has demonstrated its preparedness to initiate a program in accordance with required standards.

The prospective program is making significant strides in recruiting personnel and developing the pre-professional and undergraduate portion of the curriculum. Dr. Dudrick, an eminent surgeon and educator, is chairman emeritus in the Department of Surgery and director emeritus of the Program in Surgery at Saint Mary’s Hospital, a Yale University affiliate in Waterbury, Conn. He also holds an appointment as professor of surgery in the Yale University School of Medicine.

As medical director of Misericordia’s physician assistant program, Dr. Dudrick will ensure that the curriculum meets current patient care practice standards and will be active in teaching and evaluating student and program performance. In recognition of Dr. Dudrick’s international contributions to the medical field and the stature his presence will confer upon the new graduate program, he will hold the Robert S. Anderson Endowed Chair, the first such academic position offered by the university.

“Dr. Stanley Dudrick is a remarkable individual,’’ said Michael A. MacDowell, president of Misericordia University. “As a physician, as a surgeon, as a teacher and as a mentor, he exemplifies the attributes that will be an integral part of Misericordia’s new physician assistant program.’’

Dr. Dudrick is known as a pioneer in the academic, clinical and medical fields. His innovative development and successful clinical application of the specialized central venous feeding technique, known as intravenous hyperalimentation (IVH) or total parenteral nutrition (TPN), has been described as one of the four most significant accomplishments in the history of the development of modern surgery. It also has been acknowledged as one of the three most important advancements in surgery during the past century along with open heart surgery and organ transplantation.

Today, Dr. Dudrick is the chairman emeritus in the Department of Surgery and director emeritus of Program in Surgery at St. Mary’s Hospital. He also holds an appointment as professor of surgery in the Yale University School of Medicine. He also has authored or co-authored more than 2,500 scientific reference citations in Current Contents; has served on more than 14 editorial boards of scientific journals and professional publications; has been presented more than 95 honors and awards; and has produced several books, including the “American College of Surgeons Manual of Surgical Nutrition,’’ which he served as co-editor.

Misericordia University has also launched a national search for a program director for the developing program. “In hiring a program director, we want to maintain the high standard Misericordia has set for educating and preparing highly qualified health care professionals in many different fields,” said Russ Pottle, Ph.D., dean of the College of Arts and Sciences. “We are looking for an experienced educator who will support rigorous academic standards, but one who also understands the sense of service to others that Misericordia inspires in its students as part of the Mercy tradition.”

“I greatly appreciate the excellent work and willing support our faculty members in the sciences have given already to our developing physician assistant program,” adds Dr. Pottle.  “With Dr. Dudrick beginning his duties as medical director, we can begin in earnest to develop the meat of the graduate curriculum – the didactic year of medically-based coursework and the clinical year of rotations in specialty settings. This work will pick up speed as we hire a program director.”

Physicians and health care facilities are expected to employ an increasing number of physician assistants to assist with medical care and in surgical procedures, according to data provided by the federal government. “There is a regional and national need for physician assistants that is expected to grow as the Baby Boomer generation continues to retire,” said Dr. Pottle.

Besides working in traditional office-based settings, physician assistants should find a growing number of jobs in hospitals, academic medical centers and public clinics. The median annual salary for physician assistants was $81,230 in May 2008, according to the national employment matrix. The American Academy of Physician Assistants’ 2008 Census Report indicates that the median income for first-year graduates was $74,470.

For more information about the proposed physician assistant program at Misericordia University, please log on to www.misericordia.edu or call (570) 674-6400. Founded and Sponsored by the Sisters of Mercy in 1924, Misericordia University is Luzerne County’s first four-year college and offers 32 bachelor’s, master’s and doctoral degree programs in three colleges in full- and part-time formats.