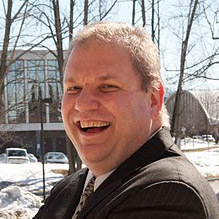 Mr. Saraka, whose appointment is effective February 14, 2011, will be responsible for developing and implementing a strategic and comprehensive university alumni engagement program.

Mr. Saraka comes to East Stroudsburg University Foundation from Slippery Rock University, where he managed the alumni relations program for more than ten years.  He previously served as a director of career services at Saint Francis University (Loretto, PA); a residence director for Bloomsburg University; and an investigator and adjudicator for the United States Office of Personnel Management in Boyers, PA. He was a 2nd Lieutenant in the Pennsylvania Army National Guard from 1989 to 1995, and since 2007 he has served as a Human Resources Sergeant. Mr. Saraka holds a Master of Arts degree in student personnel from Slippery Rock University (1989), a Bachelor of Science degree in communication from Clarion University (1986), and an Associate degree in liberal arts and communication from Union County College (Cranford, NJ). He is a member of the Council for Advancement and Support of Education (CASE) and the Pennsylvania Council of Alumni Associations.

Mr. Saraka has written for Slippery Rock University publications including The ROCK Magazine, SRU Alumni News, and the SRU Harris Alumni Directory, among others. He has also presented at CASE conferences on issues including student affairs and alumni relations.

Mr. Saraka, his wife Maureen, and their daughter Madeline will relocate to the Pocono region from New Castle, PA.

The mission of the ESU Foundation is to foster and promote the growth, progress and general welfare of East Stroudsburg University of Pennsylvania, and to solicit, receive and administer, and make gifts and donations for such purposes.