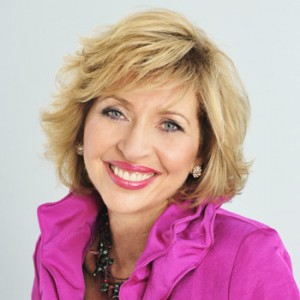 The New Year hasn’t even begun—but the factors that will drive your company’s success or failure during the next year have already moved in and put their feet up on the furniture.

The big one, as you know (PLEASE tell me you know) is employee engagement. The landmark 2006 study by the Gallup Management Journal estimated that a typical organization loses $3,400 in productivity for every $10,000 of payroll due to “disengaged employees.” Not all that surprising when you realize that engaged employees account for just 29 percent of the average company’s workforce, leaving a startling 71 percent “not engaged” or “actively disengaged.”

Employee engagement scores regularly account for 45-50 percent of the variance in customer service scores. Eighty-four percent of employees who are highly engaged believe they can positively impact the company, while only 31 percent of disengaged employees think so.

But that was 2006. Surely that study woke everyone up, and things are better now…right?

From bad to worse

Here’s a rude awakening: The 2009/2010 U.S. Strategic Rewards Survey found that employee engagement levels have dropped nine percent since 2008 and close to 25 percent for top performers. It’s not getting better, it’s getting worse.

The survey also found that top-performing employees are 29 percent less confident in management’s ability to grow the business, and 41 percent believe that pay and benefit changes made by their employer in the past year have had a negative effect on work quality and customer service. A full 72 percent of U.S. employers have gone through a restructuring or made layoffs since the economic downturn began last year.

It all adds up to an employee engagement nightmare worthy of Stephen King.

And it goes on and on. A study of 40 global companies by Towers Perrin found that firms with the highest percentage of engaged employees collectively increased operating income 19 percent and earnings per share 28 percent year-to-year. But the companies with the lowest percentage of engaged employees showed year-to-year declines of 33 percent in operating income and 11 percent in earnings per share.

Engaged employees are also more likely to see a direct connection between what they do and the company’s results, according to the study. More than 80 percent of engaged employees believe they can and do contribute to the quality of products and to customer satisfaction. Only half as many of the disengaged share that view. In short, disengaged employees in 2010 are even more disengaged than those in 2006.

The Towers Perrin study also debunks a widely-held view that engagement is an innate trait that people either have or don’t. No dice. Turns out the organization itself, particularly its senior leadership, has the biggest impact on engagement levels, not the employees themselves.

“One of the study’s key findings is that the organization itself is the most powerful influencer of employee engagement,” said Towers Perrin managing director Julie Gebauer. “Personal values and work experience factors have less of an impact on engagement than what the company does, particularly the extent to which employees believe senior management is sincerely interested in their well-being. This was the number one element driving engagement on a global basis and also in the U.S.”

And mere cost-cutting isn’t the way to improve this critical variable. The cost-cutting that employers have been doing to deal with the economic crisis has contributed to a sharp decline in the morale and commitment of their workers, especially top performers, according to an annual survey by Watson Wyatt and WorldatWork.

Sixty two percent of managers said that current job candidates are of medium to low quality, and that this is an overriding challenge. High performing companies are 150 percent more likely to tackle low performer issues than lower performing companies. Only 14 percent of senior execs believe their organization does a good job of quickly and effectively managing low performers.

Who wouldn’t want to thrill 96 percent of their workforce? Imagine the increased engagement!

And if the carrot isn’t convincing enough, here’s a stick: Fortune magazine shows that the number one reason behind the downfall of CEOs is their failure to effectively manage low performers.

Ponder THAT as you create your strategy for next year!

Roxanne Emmerich’s Thank God It’s Monday!—How to Create a Workplace You and Your Customers Love is a New York Times, Wall Street Journal and #1  Amazon bestseller.  Roxanne is renowned for her ability to transform “ho-hum” workplaces into dynamic, results-oriented, “bring-it-on” cultures in a day.  Listen to the free 60-second audio with teammates each Monday to clean up the craziness in your workplace and focus on getting massive results. Sign up today at www.ThankGoditsMonday.com or call 952-820-0360.

The Dime Bank Honored by the United Way