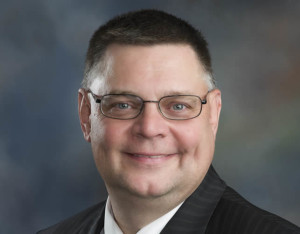 William Schweighofer, Chairman of the Board of The Honesdale National Bank, announced that Luke W. Woodmansee has been named as the bank’s President and Chief Executive Officer. He will assume the position on January 2, 2016.

In making the announcement, Mr. Schweighofer stated, “Luke has been an integral part of the growth and profitability of our bank during the last 26 years. In that time, HNB has grown from two branches in Honesdale to ten branches in five counties, in addition to the HNB Mortgage Center headquartered in Wilkes-Barre and the HNB Corporate Center in Honesdale. As of December 31, 1989, HNB reported $84.9 million in loans and $123 million in assets, compared to the $420 million in loans and $602 million in assets as of September 30, 2015.”

“Luke helped us achieve these milestones,” Schweighofer continued, “while we maintained the core principles of our founders – developing and delivering financial products and services that are mutually beneficial to clients, employees, shareholders, and the communities we serve. He realizes the dramatic impact a quality loan portfolio can have on the businesses, residents, municipalities, and organizations in the region.”

Woodmansee joined HNB in 1989 as a Loan Officer having worked at the First National Bank of Hancock (NY) for over 13 years in various capacities. Luke was promoted to the position of Vice President and Senior Loan Officer in 1991, and at that time also assumed the position of Vice President, Treasurer, and Secretary of HONAT Bancorp Inc., The Honesdale National Bank’s Holding Company. In 2001, he was promoted to Executive Vice President. He presently administers the bank’s $420 million loan portfolio, comprised of commercial and consumer loans, home mortgages and equity loans, student loans, credit cards, and overdraft protection lines of credit. He also serves on various committees at the bank.

Luke is a graduate of Hancock High School and attended Broome Community College, SUNY-Binghamton College, now Binghamton University, and the New York State School of Banking at West Point. He has attended various courses, seminars, and conferences sponsored by the American Bankers Association (ABA) and, before joining HNB, served as President of the Delaware County Bankers Association. He is presently a member of The Affiliation Program of Sheshunoff Consulting & Solutions for Senior Lenders.

A lifelong Wayne County resident, Luke is the son of Janet Y. Woodmansee and the late H. Lindy Woodmansee of Lake Como. He resides in Starlight, PA.