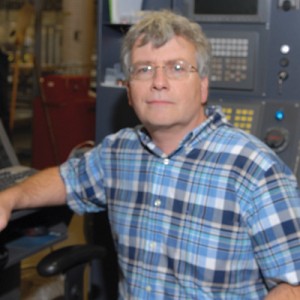 Saylorsburg resident Ronald Kolment has been named the 2011 Army Team C4ISR Employee of the Quarter for the 4th quarter in the senior category.  Kolment works in the Productivity Improvement and Innovation Directorate’s Industrial Modernization Division.

C4ISR stands for Command, Control, Communications, Computers, Intelligence, Surveillance and Reconnaissance systems, which are supported by the depot for the Armed Forces.

Kolment is often recognized by peers, supervisors and directors for his ability to troubleshoot mechanical systems, and design and implement fixes that increase the depot’s value to the customer and warfighter, according to Steve O’Malley, chief of the Industrial Modernization Division.

Among his achievements, Kolment designed a Universal Rain Test Rack that was installed in the Building 9 rain test facility for the purpose of performing water-tight testing of vans, shelters and other systems as required by the Army and Air Force, including Firefinder and Ground Theater Air Control radars, and electronic shelters and vans.

“Prior to installing the Universal Rain Test Rack, Tobyhanna had significant labor costs associated with the transportation, assembly and disassembly of multiple component racks that were mixed and matched to generate a rain test rack for 14 different systems,” said Ron Scarnulis, an industrial engineer in the Industrial Modernization Division.

The new Universal Rain Test Rack is capable of performing all of the existing water-tight testing requirements.  It was designed with flexible hose and movable hose carriers that allow the nozzles to move inward, outward, and down.

The new equipment is capable of testing any size/shape of equipment as long as it can fit in the facility.

“The depot is saving about $35,000 per year in labor because it’s no longer necessary to transport, assemble or disassemble water-tight testing equipment, and we don’t have to store the equipment outside, which exposed the equipment to potential weather damage and associated repair costs,” Scarnulis said.

Kolment also assists in a Total Productive Maintenance (TPM) program. He successfully lead and completed a pilot effort involving multiple organizations to prove out the potential benefits of TPM, which include avoiding costly production stoppages and adverse impact to the mission due to unplanned equipment breakdowns.

“He has developed preventive maintenance plans for over 90 pieces of mission critical equipment such as punch presses, machining centers and paint booths,” Scarnulis said.  “The plans are an excellent source of information for the machine operators and maintenance personnel and have proven successful at mitigating machine failure.”

O’Malley said that in addition to educating depot personnel about the importance of a TPM program, Kolment has mentored college students and helped them to gain valuable hands-on experience in a manufacturing environment.

“This experience will be of great help while pursuing a career in the engineering field,” he said.