HARRISBURG, PA – A bill to extend federal funding for some key programs failed to pass a procedural vote in the Senate this week, leaving many unemployed and low-income Pennsylvanians in limbo. Lawmakers will try again after revising HR 4213, which would include money for states to support Medicaid, unemployment insurance and COBRA.

COBRA helps people keep and pay for their health insurance after losing a job. Ron Pollack, executive director of Families USA, fears funding for the COBRA subsidy might not make it into the final bill.

“That’s going to mean that people, when they lose their jobs, are probably going to lose their health care coverage.”

Opponents of the bill, who recommend reducing spending out of anxiety over the expanding national budget deficit, are justified in their concerns, Pollack says, but he adds that stimulating the economy, creating jobs and taking care of those who have lost jobs should be the focus in a recession.

“That’s gotta be priority number one at this point. Now, once the economy improves, then we need to emphasize getting the budget in order, but this is not a period to be skimping on what people need to survive.”

If Congress fails to extend the fiscal relief bill, Pennsylvania could face a $1-billion hit to the budget; money lawmakers had planned to have available. The Center on Budget and Policy Priorities predicts that, without the federal funds, there will likely be cuts to emergency hospital services and personal care assistance for people with disabilities. 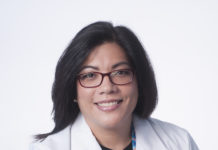