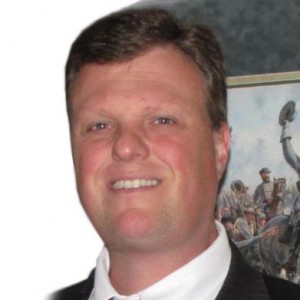 Expert Explains How to Reinvent Yourself For the Jobless Recovery

When the media is throwing around terms like “jobless recovery,” it’s a little easier to understand how a drop in the unemployment rate can actually be bad news.

At least that’s how Chris Tidball, career coach and author of Kicked to the Curb, sees it.

“Last May, the Department of Labor Statistics touted the creation of 431,000 new jobs, but behind that nice six-figure number is the fact that about 95 percent of those new jobs were temporary government jobs related to the U.S. Census,” Tidball said. “In this instance, the lower unemployment figure is worse news than a higher one, because an increase in government jobs can actually contribute to a higher long-term unemployment rate. The full report by the Labor Department still paints a bleak outlook for jobs, which is why people need to be extra competitive in the job market.”

How bad is it? Tidball puts it into historical perspective.

“To put it mildly, we have never lost as many jobs as in the current recession,” he said. “Not during the great depression, not after World War II — never. What’s worse is that we have never been confronted with such a perfect storm of government mandates — such as healthcare and the inevitable cap and trade tax — that could permanently derail any glimmer of hope.”

Tidball said his analysis isn’t meant to scare people, but rather, to motivate them.

“I have developed 20 rules that are designed to help people get back to work,” he said. “The key thing is to look at getting a job a little differently. Instead of just looking for work, look at your household as a business, and look for revenue opportunities. They may exist in odd jobs, freelance work, starting a new business, getting a part time job to begin with — or any combination of those things. Worry less about jobs, and think more about revenue.”

Some of his rules are:

Chris Tidball is a career coach, business consultant and motivational speaker. He is a former executive of a Fortune 500 company who reinvented himself in his post-corporate life. The author of Kicked to the Curb (www.christidball.com), he provides businesses with new and innovative ways to improve their bottom line.