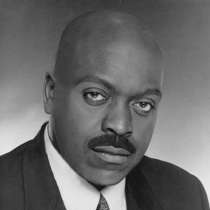 Tannersville, PA – New Realtor Jesse Ramey has joined WEICHERT, REALTORS® – Acclaim.  He serves buyers and sellers throughout the market as a member of the Pocono Mountains Association of REALTORS®.

Ramey earned a bachelor’s degree in humanities and worked as a radio news anchorman in New York City prior to relocating to the Poconos.  He was on the air in various U.S. cities before that, reporting and announcing on both radio and television.

Ramey is a published novelist (West of Paradise Run, Random House Publishers).  He makes his home in Albrightsville where he is active with Jesus the Christ Church in Stroudsburg, Big Brothers-Big Sisters.  He holds membership in the Mason’s fraternity, Lewis Hayden Lodge #69, New York City).

WEICHERT, REALTORS® – Acclaim is located on Route 611 in Tannersville, telephone 570-629-6100.  For more information, the company Web site is www.weichertreatlorsacclaim.com.