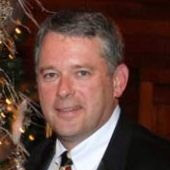 Tannersville, PA – The United Way of Monroe County is “brewing” lots of exciting plans for its 2012 campaign with the announcement of its new campaign chair, Joseph J. Ruvane III (Trip), the president of Barley Creek Brewing Company in Tannersville.

A successful businessman and award-winning restaurateur, Ruvane was introduced as campaign chair at a meeting of United Way volunteers, board members and staff at The Chateau in Tannersville last week. Several ideas and timelines are already in the works for the United Way Forward campaign in 2012.

“We are thrilled that Trip will be heading our fundraising efforts this year,” said Curtis Rogers, board president of United Way of Monroe County. “He has been such a great supporter of our United Way already through his sponsorship of our Day of Caring picnic and special events like a wiffle ball tournament.”

For the past 16 years, Ruvane and the staff of Barley Creek Brewing Company have been vibrant members and contributors to the Pocono Mountains community. The restaurant, microbrewery and attraction opened in 1995, and soon held one of its first charity fundraisers, a Wing-Off for Meals on Wheels, a United Way partner agency. Under Ruvane’s leadership, Barley Creek has been dedicated to giving back to those in need, whether by running their own fundraisers, participating with a myriad of other charity events, or just lending a helping hand to friends and neighbors.

“It’s an honor to be named chair of the United Way campaign,” Ruvane said. “I grew up in the Pocono Mountains, and although I had a career in Manhattan, I was fortunate enough to be able to move back to the area I love and open up a business in Monroe County where my wife and I could raise our three children. I believe each and every one of us is responsible for giving back to our community and helping our neighbors. In addition to raising money, I’d like to focus on raising awareness and encouraging people to get involved in making our little corner of the world a better place to live, work and play, both now and in the future,” he said.

Known for his unique sense of humor, creativity, and business savvy, Ruvane plans to develop a campaign that will offer many opportunities for people to get involved. He has already begun recruiting volunteers to assist him in his new role.

Ruvane traces his Pocono Mountain roots back to his grandparents, who owned summer homes in Pocono Manor, where his parents met as children. He is a 1979 graduate of Pocono Mountain High School and a 1983 alumnus of Hartwick College in Oneonta, New York. He began his entrepreneurial career as a teenager, starting a newspaper delivery service and a catered canoe company (Trip’s Down the Delaware). He also taught skiing and was on the social staff at Mt. Airy and worked at the Buck Hill Falls Golf Course. Ruvane began his first real career in Manhattan as a corporate banker for National Westminster Bank PLC. While at NatWest, he garnered the necessary business and financial skills to plan his full-time return to the Poconos, building a new career by bringing back the micro-brewing industry to Northeast Pennsylvania.

A sought-after guest speaker on the subject of entrepreneurship, Ruvane has lectured at Northampton Community College, East Stroudsburg University and Montclair State University. His professional affiliations include the Institute of Brewing Studies, the Pennsylvania Microbrewers Guild, The Association of Master Brewers, Greater Pocono Chamber of Commerce, and Pocono Mountains Visitors Bureau. Ruvane is also a board member of the Monroe County Workforce Investment Board.

Ruvane lives in Barrett Township with his wife Eileen. They have three children: Kelly, who attends Babson College; Jay, who attends the University of Vermont; and Kyler, a student at Pocono Mountain East High School.

Anyone interested in helping with this year’s campaign should contact Monica Cravotta at the United Way by calling 570-629-5657 or visiting www.unitedwaymonroe.org.

The United Way of Monroe County provides health and human services through community initiatives and funding to more than 30 local programs. Its targeted need areas include Engaging Youth, Meeting Basic Needs, Helping Children Succeed and Promoting Self-Sufficiency. “Live United” is part of the United Way’s mission of giving, advocating and volunteering to produce lasting changes in the community and advance the common good. Learn more at www.unitedwaymonroe.org.