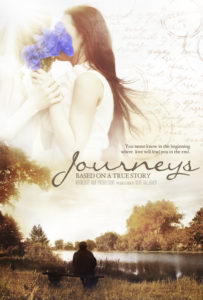 Portland, Oregon – Olive Gallagher, native of Milford, PA, president/CEO of Moonlight Man Productions, an indie film and television production company, and the screenwriter/director/producer of Journeys, an indie feature scheduled to begin principal photography in Milford in September 2017, announced there will be a press conference on October 7, 2016 at 3:30 PM at the Hotel Fauchère.

“We’ve had a very generous and heartwarming response from the press in the area in general, starting with my first location -scouting trip for Journeys in 2011 and now, as we prepare for principal photography next year!” Gallagher explained. “In addition to several one-on-one interviews that have been requested, we wanted to open things up to all the press and answer any questions they and their readers or viewers might have.”

Journeys takes place in 1949 in Milford, PA and is based on a true story about Gallagher’s father, the late Sidney L. Krawitz, a highly respected attorney and past president of the Pennsylvania Bar Association, and a penniless woman named Olive who came to him to borrow twenty-five dollars to bury her husband because she heard Sid was “an easy touch.”

“What many folks may not know is some of the first silent films in this country were shot in Milford,” Gallagher added. “When my dad was a young boy, he used to travel from Hawley where he was raised to Milford to be an extra in those films. I grew up with an awareness of how special that history was.” Keeping that in mind, the Journeys team has invited William Voelkel from the Black Bear Film Festival, David Madison from Hollywood on the Delaware, and Troy Bystrom from the Pocono Film Commission to be their guests that afternoon and say a few words.

“Every film-making project that shoots in the Milford area is a bonus to the local community and enhances the area’s reputation as one of the top hospitality and tourist draws in the country,” Gallagher finished. “Journey’s financial success will bring a healthy influx of revenue to Pike County and Pennsylvania, and with that in mind, we value our close working relationship with the Pocono Film Commission to make certain we’re hiring and involving everyone we possibly can in our film-making efforts.”

For more information about Journeys and the Journeys team and extended family, go to www.journeysthefilm.com. 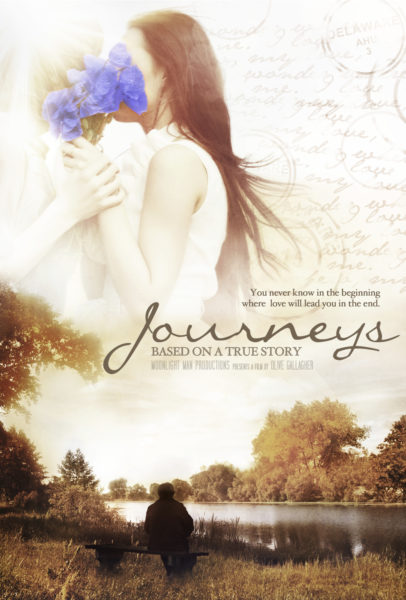