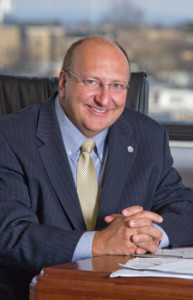 Allentown, Pa.  – Allentown Mayor Ed Pawlowski, who recently announced that he is running for governor of Pennsylvania in 2014, announced key additions to his campaign staff today.

Pawlowski has hired Fleck Consulting, Inc., led by Michael and Alison Fleck of Allentown, as the core group to run his campaign.

“Without a strong team behind me, it would be impossible to run an effective campaign,” said Pawlowski.  “I could not be any more confident with the campaign staff we have assembled, and we already have hit the ground running from day one. They are the best in the business, and together we will work our hardest to win.”

Pawlowski is currently touring the state in an RV visiting 23 counties in just 9 days to formally announce his run for Governor in 2014.  He has been Mayor of Allentown, the third-largest city in the state, for the last seven years.