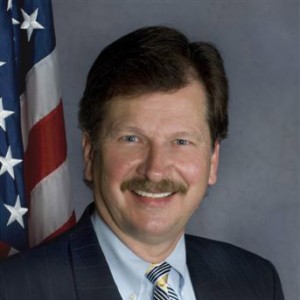 Pennsylvania’s state park and forest system is the envy of the nation, built by visionaries like Maurice Goddard, Joseph Rothrock and Gifford Pinchot, who witnessed the devastation of widespread deforestation and the ravages of natural resource extraction and took action. As I drive from the southwest to the northeast of Penn’s Woods, passing bogs, mountains, scenic vistas and even elk herds, I’m reminded that I can enjoy our awe-inspiring outdoors because those visionaries saved it from exploitation; now it’s up to us to protect our state park and forest system.

But this magnificent state treasure is being exploited and perhaps irreversibly scarred in a mad dash for cash led by the Marcellus Shale natural gas developers and multinational corporate interests. Close behind is the state itself, milking the shale as a cash cow for the budget. Pulling up the rear are energy industry lobbyists, shelling out big bucks to keep the industry unregulated in Pennsylvania’s free-for-all political contribution system.

As chairman of the House Finance Committee and a legislator with a career-long commitment to the environment and government reform, I find it providential that these three issues have converged.

We must act now before our forests are nothing more than a carved quilt of green patches. We must: impose a three-year moratorium on leasing the state forest for drilling until we determine its impact; enact a reasonable severance tax to fund state and local governments and conservation efforts; and enact campaign finance reform so that monied interests no longer dictate environmental and tax policy.

Nearly half of our state lands have been leased for oil and gas drilling without anyone knowing the long-term consequences. The state House already has approved a three-year moratorium on leasing (H.B. 2235) until we can gauge the environmental and socio-economic impact. Now the state Senate needs to act on this bill to conserve our most precious forest resource.

Our tax policy must include a severance tax on the gas extraction. Under legislation I have written (H.B. 2443), half of the revenues would be deposited into the state General Fund while the other half of the revenue would be allocated to address the needs of local government, conservation and environmental protection programs and the increased demand placed on our wildlife management agencies. The tax revenue also would fund county conservation districts, the Hazardous Sites Cleanup Fund and low-income heating assistance and create a trust fund to address environmental emergencies – a lesson we should learn from the Gulf coast oil disaster.

The multinational oil and gas interests don’t owe any allegiance to Pennsylvania and it’s clear they are here to get what they can. We need a sensible severance tax in place to fund our communities and our needs. Even Sarah Palin’s Alaska, Dick Cheney’s Wyoming and George Bush’s Texas have severance taxes.

So why hasn’t any of this happened? Because the best public policy often gets trumped by the power of monied interests. Common Cause’s latest report, “Deep Drilling, Deep Pockets,” outlines how the gas and oil industry have spent millions on lobbying efforts and in campaign contributions to shape public policy to its liking. The people writing checks for hundreds of thousands of dollars aren’t interested in good government; they’re interested in being good to themselves by keeping candidates on their side and getting their way with public policy decisions.

This is not how politics and government are supposed to work, and this is not how our state park and forest planners envisioned the use of Penn’s Woods. Call your state senator and tell him or her you support a leasing moratorium and a reasonable severance fee on the industry and ask for campaign finance reform to lessen the ability of companies with big wallets from getting the legislative outcome they want.