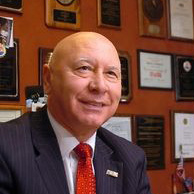 Harrisburg, PA – Because thousands of Pennsylvanians were impacted by the damages caused by Hurricane Irene and Tropical Storm Lee last fall, Rep. Mario Scavello (R-Monroe) favors legislation that unanimously passed through the House Finance Committee today that would allow local taxing authorities to provide tax assistance to individuals and families who incurred property damages from those storms.

“We’re still hearing horror stories of the people who were affected from the storms, not just in Monroe County, but across the entire state,” said Scavello. “It’s refreshing to know that during tough economic times, this legislation would provide those individuals and families with the extra dollars they were forced to shell out for damage repairs last fall.”

Scavello noted that although the state is in the midst of another tough budget yet, House Bill 1913 has no fiscal impact at the state level.

Measures of House Bill 1913 are optional and the authority to use the benefits in the legislation is specifically left up to local taxing authorities.

Flooding as a result of Hurricane Irene and Tropical Storm Lee impacted many areas across the Commonwealth by damaging thousands of Pennsylvania homes and businesses. Preliminary data received from the state Insurance Department indicated that more than 37,000 claims were made as a result of damage sustained during Hurricane Irene, and more than 21,000 claims were made in conjunction with Tropical Storm Lee. That brings the total number of properties for which insurance claims were made to more than 58,000, which translates to hundreds of millions of dollars worth of damages.

The Federal Emergency Management Agency reported that Pennsylvanians were approved for more than $420 million in aid as a result of damages incurred from both storms. However, this figure will increase once pending applications continue to be processed.

“The intent of this legislation is to help Pennsylvanians affected by these storms get back on their feet. I am hopeful this legislation will pass through the General Assembly with minimal debate,” said Scavello.

For more legislative information, visit his website at RepScavello.com .