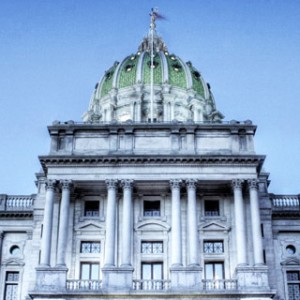 In our first Legislative Roundup since going all-online, we will add the responses from our elected officials as soon as they submit them.

This month’s question is:

How are you working to help small business owners rebound?

Senator Dave Argall (R, 29)
While much of the focus has been on the larger corporations facing government bailouts, it is the “small business” that is most affected by the current economy.  As I’ve said before, the General Assembly must control its spending and lower tax rates.  Recently, I was nominated to Chair a commission on cost cutting measures in state government.  The Senate Government Management and Cost Study Commission is looking for ways to eliminate unnecessary or wasteful spending and use those dollars to improve our economy.  If we really want to help small businesses grow and develop here in Pennsylvania, we need to look away from the proposals to tax businesses and residents throughout Pennsylvania and look to cut costs.  The Commission has been accepting suggestions and ideas from everyone.  If you have an idea, please email us at cuttingcosts@pasen.gov.

Senator Patrick M. Browne (R, 16)
I believe the biggest impact the state legislature can have in helping business owners rebound is by refraining from imposing additional costs and burdens on them. We need to allow business owners to spend their resources to create and maintain jobs and expand their businesses. The state moved in this direction last year by expanding the provision for the net operating loss to allow companies to offset that against tax liabilities. This allows more money to stay with the company as it tries to ride out the recovering economy.

Representative Mike Carroll (D, 118)
“[In mid-April], I and my Democratic colleagues in the House launched PAJobsNow, a legislative package aimed at putting more Pennsylvanians back to work. One of the major areas this package focuses on is helping small businesses and corporations succeed and grow during this difficult economy. While we as lawmakers can’t simply pass a bill to create jobs, we can give businesses, especially small businesses, the tools and capital they need to compete and grow. PAJobsNow would reinvest in and expand several current programs, such as Small Business Incubators and Small Business First, designed to give small businesses greater access to funding so that they can build and develop their businesses during this recession. The package also includes a new work-sharing program under the state’s Unemployment Compensation system that would enable participating employers to reduce work hours as an alternative to layoffs, and an employment and training tax credit that would provide credits to Pennsylvania companies that create new jobs and provide required levels of on-the-job training to employees.”

Representative John J Siptroth (D, 189)
“I am working to help small business owners in several ways, including supporting PAJobsNow, a legislative package House Democrats have put together to help small businesses and to put more Pennsylvanians back to work. The package includes an employment and training tax credit that would provide credits to Pennsylvania companies that create new jobs, and provide required levels of on-the-job training to employees. It also would change the Small Business First program to increase eligibility so that companies with up to 200 employees could participate, remove restrictions on hospitality and restaurant projects, and allow for retail and commercial projects. PaJobsNow would also reinvest in several current programs, such as Business in Our Sites, Small Business Incubators and Small Business First. The programs would be expanded to allow businesses to have greater access to funding so that they can build and develop their businesses. I will continue to use my position on the House Appropriations Committee to fight for funding of business accelerator programs such as Ben Franklin Technology Partners and the East Stroudsburg University Center for Research and Economic Development. Last year, they nearly had their funding stripped away in the state budget process under proposals by Senate and House Republicans. My annual Green Fair has driven new business to many of the local technology vendors that have exhibited there, and I’ve helped create jobs by supporting Pennsylvania’s renewable energy incentives that have spurred the creation and expansion of solar, wind and geothermal companies across the state and here in the 189th Legislative District. My legislation, H.B. 785, would create hundreds of jobs in the aviation maintenance industry by creating a sales tax exemption for those services and bringing Pennsylvania into line with surrounding states that already have this exemption which has resulted in Pennsylvania aviation companies relocating to those states.”

U.S. Senator Arlen Specter (R, PA)
“I am seeking increased funding for the Small Business Administration’s Microloan Program, which provides short-term loans to businesses that need small-scale financing and technical assistance and for the Women’s Business Centers Program, which provides assistance to female entrepreneurs, who still face unique obstacles in the world of business. Additionally, I introduced the Helping Small Business Succeed Act of 2009 (S.2918) which would provide small businesses with greater access to credit. Finally, I am a cosponsor of the Small Business Jump Start Act of 2009 (S.1402), which provides tax incentives to small business entrepreneurs by increasing deductions for start-up expenses from $5,000 to $10,000 and increasing the deduction phase-out threshold.”