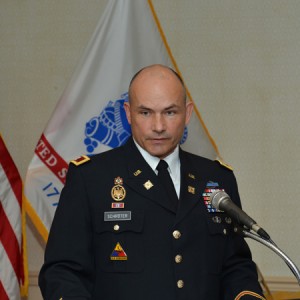 Northeastern, PA – The Northeastern Pennsylvania Alliance (NEPA) held its 48th Annual Dinner on Thursday, September 27, 2012 at The Landing – Tobyhanna Army Depot, Tobyhanna, PA.  The dinner honored the 100th Anniversary of the Army at Tobyhanna and was attended by approximately 140 business and community leaders from around the region.

During the dinner, NEPA presented the NEPA Alliance Regional Leadership Award. The award is presented to an agency, group or individual demonstrating a significant contribution to regional growth, development or cooperation within the seven county NEPA region. This year’s award recipient was Tobyhanna Army Depot.

NEPA would like to thank our Presenting Sponsor, Pennstar Bank; Reception Sponsor, PPL Utilities; Dinner Sponsor, MegaPhase and all supporting sponsors who made this event possible.