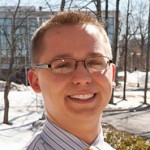 Mr. Baumuller will focus on building a Young Alumni Program with a strong emphasis on young alumni, social media and fundraising.  He comes to the Foundation from his previous position as assistant director of alumni relations at Albright College, in Reading Pa.  From 2005 through 2008, he was a member of the Albright College activities council; and from 2005 through 2007, he was a manager with Ramapo River Reserve at American Pool Management in Oakland, NJ.  Baumuller holds a bachelor’s degree in history from Albright where he served as a mentor for freshmen students, a volunteer for Habitat for Humanity, and a volunteer for Touch The World, a youth mission organization. He was also a fundraiser there for the American Foundation for Suicide Prevention.  Baumuller has relocated to the Poconos from Reading. 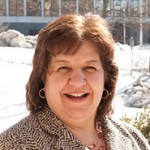 Ms. Beers will focus on the Foundation’s corporate and foundation relations program with an emphasis on financial support from corporations and vendors for the operating needs of the university, through private contributions and sponsorships for the Annual Fund.  Since 2008 she had served as the director of development at Devereux Pocono Center (Newfoundland, Pa.). She was development director at the Pocono Family YMCA from 2007 to 2008 and a grant writer and special events coordinator for Pocono Health Foundation from 2004 to 2007.  In 2003 she served as summer youth director for the Community Foundation of Great Flint (MI).  From 1995 to 2003 she was a teacher in the Michigan private school system.  She is the president of the Retired & Senior Volunteer Program Foundation and the former president of the Pocono Chapter of the Association of Fundraising Professionals.  She resides in Stroudsburg. 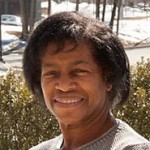 Ms. Morris-Ernest, who was named full-time bookkeeper, previously served as part-time bookkeeper for the Foundation. She holds an associate’s degree in business accounting from Westchester Community College in Valhalla, NY and a bachelor’s of science in accounting from Lehman College in the Bronx.  A former senior accountant, and later a professional exempt systems requirements analyst, for IBM in Armonk, NY, she previously served in the accounts payable division at Easton Hospital (Easton, Pa.).  Ms. Morris-Ernst resides in East Stroudsburg.