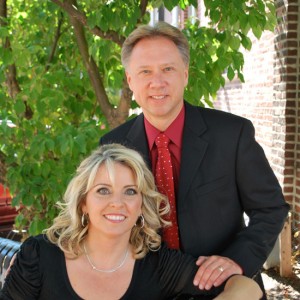 Tannersville, PA – In a first for the United Way of Monroe County, a husband and wife will lead the annual fundraising efforts to help those in need in our community.

Local TV celebrities George and Connie Roberts have been named co-chairs of the 2011 campaign. The announcement was made at a special gathering at Barley Creek Brewing Company in Tannersville Friday evening. In attendance were United Way supporters, volunteers, staff, business/community leaders and friends.

“We are thrilled to be heading the campaign and are looking forward to a very successful year,” Connie Roberts said. “It’s an honor to be serving the community in this way,” stated George Roberts.

The couple said they are looking forward to an exciting campaign, with “fun” being a big part of their fundraising plans. They emphasized the vital mission that United Way has in the community and the importance of getting everyone involved to make a difference.

“We are so enthused about Connie and George co-chairing our campaign and thank them so much,” said Mathilda Sheptak, executive director of the United Way of Monroe County.

The Roberts already work as a team every day in their roles with George Roberts Productions/ George TV.com, a growing video production company with offices on Main Street in Strouds-burg. Connie is general manager of the business, which was founded by her husband in 2002. They have been married for 17 years.

George Roberts Productions produces five regular TV shows and four seasonal shows. These include the Greater Pocono Chamber of Commerce’s Business Magazine TV Show, developed in 2005, and the Bizzy Awards, a business competition conceived by George in 2006 and modeled after Hollywood-type awards shows. GRP also produces the “Pathways to Healthy Living” TV Show for the Pocono Medical Center, as well as Pocono Landscape Challenge and the Pocono Mountains TODAY TV shows. They can be viewed on TV 13 as well as GeorgeTV.com.

Community service is certainly not new to the Roberts, who are involved with many local organizations and have been honored several times for their invaluable contributions. They reside in Hamilton Township and have two children, George III and Justin.

The United Way of Monroe County named George Roberts its volunteer of the year in 2009. He has been on the nonprofit’s board of directors for three years and has chaired its marketing committee since 2008. George Roberts Productions received a “Rising Star” Award from the United Way in 2007.

Besides his own business, George is the senior news anchor for TV 13. He can be seen Monday through Friday on the Pocono Report at 5 & 6 p.m., and the Valley Report at 5:30 and 6:30 p.m. He also handles the anchor duties for the 10 p.m. Night Report. And he can be seen anchoring the CNN Headline News Local Edition for Blue Ridge Communications.

While in college, George got his first radio job at WPCN in Mount Pocono. After graduating from the University of Scranton in 1982, he worked full-time in radio throughout Northeastern Pennsylvania and the Lehigh Valley. He was named the Poconos’ Favorite Disc Jockey in 1984 by PM Magazine.

George began his television broadcasting career in 1988 and was the first news anchor hired for the new Eyewatch News Team on TV 13.  In 1995, he began hosting the ComputerWise TV show. George has been nominated for regional Emmys and has won several Communicator Awards and Telly Awards for his work on a variety of shows.

In addition to serving on the United Way’s board, George is on the board of Leadership Pocono. He was named Citizen of the Year in 2009 by the Greater Pocono Chamber of Commerce. Roberts also serves on the board of the Local Emergency Planning Commission.

Connie Roberts received the Athena Award from the Greater Pocono Chamber of Commerce in 2008. She was named one of the Top Women In Business in Northeastern Pennsylvania by the Northeast Pennsylvania Business Journal in 2002. Since 2005, Connie has produced and hosted the “Pocono Landscape Challenge” TV show with Jim Scocozza. In 2006, she received the Small Business Associations’ Journalist of the Year Award.

Connie served as the chairperson for the American Red Cross of Monroe County from 2007-08 and was named Volunteer of the Year for 2008. During her term she completed an “extreme makeover” of the American Red Cross building after securing $140,000 in donations. She is one of the original organizers of the Run For The Red Pocono Marathon, which attracts runners from all over the world. Connie also chairs the marketing committee for the Rotary Club of the Stroudsburgs.

A graduate of Pleasant Valley High School and Northampton Community College, she created Pocono Bride Magazine in 1991. In 1998, she became president of Constance Communications Corporation, a multi-media marketing firm. She produced Perfect Bride Magazine throughout Eastern Pennsylvania and produced/hosted the “Getting Married with Connie” TV Show, which aired in Northeastern Pennsylvania. In 2002, after Perfect Bride Magazine was sold, Connie began producing and hosting the Pocono Mountains TODAY TV show with her husband.

Before her career in media and promotions, she assisted her parents in opening and running the Blue Note Inn in Delaware Water Gap from 1987 through 1991.

Connie’s volunteer work with the United Way has included being a panel member for the annual fund distribution process. She also contributes her time and effort to other area charities and organizations. She is an ambassador for Northampton Community College, an advisory board member for Pocono Health System’s Spirit of Women, and a PTO committee member at Hamilton Elementary School.

To get involved in helping George and Connie Roberts with the 2011 campaign, visit www.unitedwaymonroe.org or call 570-629-5657.

The United Way of Monroe County provides health and human services through community initiatives and funding to 35 local programs. Its targeted need areas include Engaging Youth, Meeting Basic Needs, Helping Children Succeed and Promoting Self-Sufficiency. “Live United” is part of the United Way’s mission of giving, advocating and volunteering to produce lasting changes in the community and advance the common good.