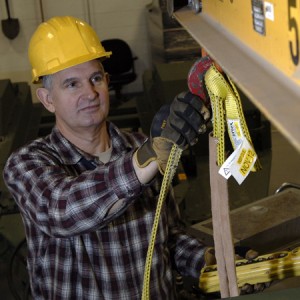 In the generator area, branch employees assemble and mount various types of generators and trailers. The branch also modifies generators through a testing and overhaul process, helping reduce the risk of failure when put into a field environment.  On the set assembly line, branch employees repair over 1,200 sets of equipment, ranging from 10 to 25 items in each set.  On average, employees complete four generators from Unmanned Air Vehicle systems per month. Total overhauls and units tested is nearly 500. The branch also repairs and rebuilds components for the AN/TRC-170 Radio Terminal Set.

Future plans include becoming certified to rebuild diesel engines and associated equipment, and processes including the advanced diagnostics of the engine and electrical system.

Tobyhanna Army Depot is the Defense Department’s largest center for the repair, overhaul and fabrication of a wide variety of electronics systems and components, from tactical field radios to the ground terminals for the defense satellite communications network.  Tobyhanna’s missions support all branches of the Armed Forces.  (U.S. Army photo by Steve Grzezdzinski)