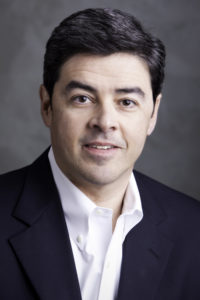 The Pocono Mountains Visitors Bureau (PMVB) is pleased to announce the appointment of Christopher Barrett as their new President/CEO effective April 17, 2017.Barrett will replace the retiring Carl Wilgus, who has served in the position for nearly ten years. “We are extremely excited to have Chris on board leading a topnotch destination marketing team,” commented Genevieve Reese, Chair of the PMVB Search Committee, “we wish Carl the very best in wherever his future endeavors take him.” Barrett will be the third President/CEO in the history of the Bureau.

Before this appointment, Barrett was Executive Vice President/COO/CFO for Target Media and Target Digital, a leading east coast media and advertising firm headquartered in Harrisburg, Pa. Prior to Target Media and Target Digital he held multiple senior management roles ranging from sales and marketing to theme park operations with Hershey Entertainment & Resorts for over twenty years. His specific leadership assignments were with the properties of Hershey Park, Dutch Wonderland Family Amusement Complex, Hershey Park Arena and Stadium, Giant Center and the Hershey Bears. After Hershey Entertainment & Resorts, he was elected President/CEO of the PA Dutch Convention and Visitors Bureau (Visit Lancaster) and held that position for seven years. He possesses a strong working knowledge of marketing, research, advertising, public relations, media buying as well as digital marketing and design applications.

A graduate of Penn State University, Barrett was past President of the Alumni Society Board of Directors and served on the Penn State Harrisburg Board of Trustees. He was also appointed to the Penn State Alumni Council and most recently served on the Derry Township Board of Education (Hershey Schools) as Treasurer, along with many other officer roles over his twenty-year tenure.