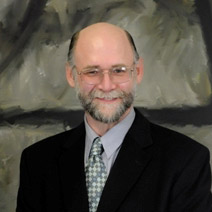 With 133 listings sold in 2011 and $12 million in sales, Maurer ranked as the #1 Realtor for units sold.  Maurer’s biggest book of business is the number of bank foreclosed properties that he handles which represent probably 40% of Maurer’s overall business.

Maurer is also head of “The Carl Maurer Team” which includes Dennis Farrelly, and James Martin, Realtors as well as a Licensed Administrative Assistant.  Together, The Carl Maurer Team handles a very large percentage of bank owned homes selling in the Pocono Mountain area.  Their clients include Fannie Mae which the Wilkins organization has serviced for over 20 years, Freddie Mac, BAC, Wells Fargo and a host of regional and local banks.

In 2012, Maurer with Tom Wilkins, Broker and head of WACB Commercial Brokers along with Don Snyder, Director, plan on expanding the department to include commercial properties, that are bank owned as well as “going concerns” and court appointed assignments within the 7 county area.

Said Thomas R. Wilkins, Pres/CEO, “Carl and I have been together for a number of years. Prior to moving to the Poconos, he was a top selling REO agent doing what he is doing now, foreclosures, throughout the state of New Jersey.  But that’s not Carl’s only source of business; Maurer and his team are a well oiled machine that, with him as a leader, moved a record number of units in 2011 which earned him #1 Realtor for 2011 in the PMAR Multiple Listing System.”