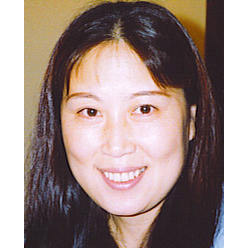 Tannersville, PA – Realtor® Min Christina Ceres, a member of the sales team at WEICHERT, REALTORS® – Acclaim, has earned her master’s degree in public administration from Fairleigh Dickenson University with a 4.0 grade point average.  Ceres, who is fluent in both English and Mandarin, received the official Master of Public Administration in February.  “We are all very proud of Min for her scholastic achievements,” said the company’s Executive Vice President Michelle Cappabianca, “not to mention her excellence as an agent.”

Ceres works from the Weichert® agency’s offices on Route 611 in Tannersville, telephone 570-629-6100. www.weichertreatlorsacclaim.com.