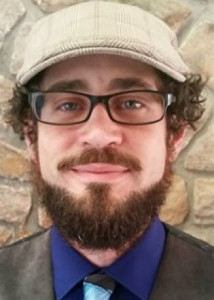 Tweet
WEICHERT, REALTORS® – Acclaim, located in Tannersville and serving the surrounding area since 2003, is proud to announce Christopher Droege has joined their office as a sales associate.
“We are thrilled to have Christopher as part of our team of real estate experts,” said BROKER®/Manager Michelle Cappabianca. “He is dedicated to client satisfaction by providing the highest level of professional service with detailed information and loyalty.”
Droege joins a team of knowledgeable agents at WEICHERT, REALTORS® – Acclaim which brings many years of combined real estate expertise to their clients. The office serves Monroe, Carbon, Pike and Northampton Counties.
Originally from Tobyhanna, Droege is a member of the Pocono Mountain Association of REALTORS®. Prior to starting in real estate he worked in the retail and education industries.
WEICHERT, REALTORS® – Acclaim
2920 Route 611
Tannersville, PA 18372
(570) 629-6100
WeichertRealtorsAcclaim.com
About Weichert Real Estate Affiliates, Inc.
WREA has grown steadily since Jim Weichert, founder/president of the now 45-year-old Weichert, Realtors®, named Martin J. Rueter as president of WREA. The two collaborated in 2001 to create a business model for franchisee ownership candidates described as “a clearly defined operating system for marketing and managing a real estate business.” WREA announced its first affiliate in 2002, was identified in 2005 by Entrepreneur magazine as one of the fastest growing U.S. franchises, and is ranked the #2 traditional real estate franchise in Entrepreneur’s 2015 Franchise 500. Currently, there are offices serving some 250 markets in 38 states. For more information about Weichert, visit Weichert.com.
Each WEICHERT® franchised office is
independently owned and operated.