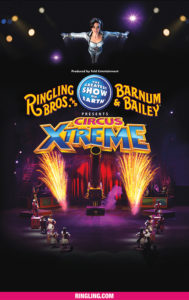 Families in Wilkes-Barre can See Ringling Bros. One Last Time Before the Touring Circus Closes Permanently in May 2017

Wilkes-Barre, PA– January 24, 2017–Prepare to be astonished and amazed by artists who redefine the word extreme in everything they do, magnifying traditional elements of the circus and combining these elements with never-before-seen spectacles, original, fast-paced performances and incredibly hilarious moments. Ringling Bros.® invites families to experience The Greatest Show On Earth™ one last time to see the most extraordinary performers and exotic animals in the ultimate circus spectacle before it permanently closes in May of this year.

Join us at Mohegan Sun Arena at Casey Plaza in Wilkes-Barre from April 6 through April 9 as we explore a world of extreme beauty, flexibility, strength and dexterity in ways you’ve never seen before. Purchase tickets for your family to Ringling Bros. and Barnum & Bailey® Presents Circus XTREME® beginning Thursday, January 26th at 10:00 AM.

Show dates and times are:

With such an exciting lineup, The Greatest Show On Earth® guarantees to dazzle and astound, and a Ringling Bros.® show wouldn’t be complete without a full menagerie of amazing animals. Circus XTREME features beautiful Bengal tigers and two-humped camels ridden by brave Mongolian women.
The party starts an hour before the show at the All Access Pre-show, which is free with your ticket purchase. You and your family can meet our international cast of performers and get up close to our menagerie of animals. Try on custom costumes, learn circus skills — like juggling — from the famous Ringling Bros. Clown Alley! Together with the show, your family receives over three hours of extreme family fun not to be missed.

Prepare to be amazed by the unexpected. Do something extreme today, and get your tickets for Ringling Bros. and Barnum & Bailey Presents Circus XTREME.

Tickets for Ringling Bros. and Barnum & Bailey Presents Circus XTREME start at $15.  Restrictions, exclusions and additional charges may apply. All seats are reserved and tickets are available at the NBT Bank Box Office at Mohegan Sun Arena, online at www.Ticketmaster.com, or charge by phone by calling 800.745.3000, or purchase by visiting any Ticketmaster outlet.  For group rates, call 570-970-3519. Purchase tickets and view show times on Ringling.com.

Feld Entertainment is the worldwide leader in producing and presenting live touring family entertainment experiences that lift the human spirit and create indelible memories. Feld Entertainment’s productions have appeared in more than 75 countries and on six continents to date and include Monster Jam®, Monster Energy Supercross, AMSOIL Arenacross, Disney On Ice, Disney Live! and Marvel Universe LIVE! in addition to Ringling Bros. and Barnum & Bailey®. More information about Feld Entertainment is available online at www.feldentertainment.com. 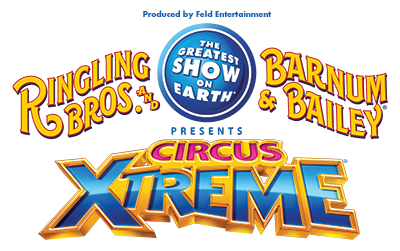 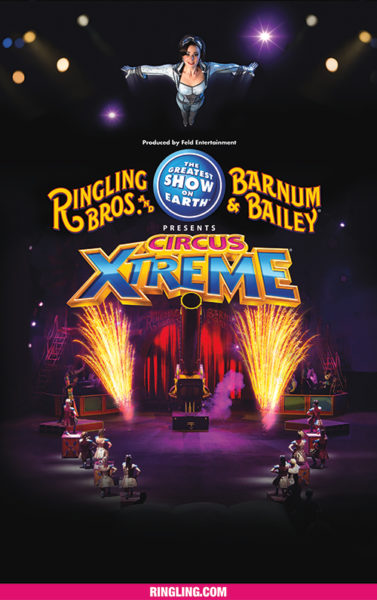