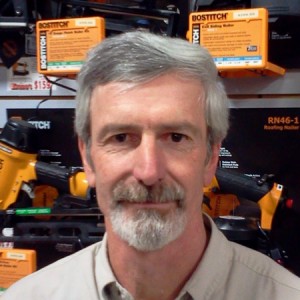 Pocono Summit, PA – Myron Schreck has been promoted to Assistant Manager of Cramer’s Home Building Center in Pocono Summit. Schreck, of Madisonville, was hired by Cramer’s in 2001 as a Salesperson in the Contractor Sales Department at Pocono Summit. He quickly became a key part of a sales team that increased revenues over 50% the next 5 years; surpassing $10 million in 2006. He is an Andersen Window specialist who processed most of the orders for his department. Prior to joining Cramer’s, Schreck was Manager of Hometown Hardware in Gouldsboro for 6 years, spent 12 years working for Knights Well Drilling and worked in home construction for 10 years preceding that. “Myron’s tremendous knowledge of home improvement products, attentiveness to customers and leadership experience make him an ideal assistant.” says store Manager David Parker, “I couldn’t ask for a better partner to help run this lumberyard.”

Cramer’s Home Building Centers are headquartered in East Stroudsburg. The Pocono Summit location was opened in 1947 by Berne Cramer, fourth son of company Founder Russell C. Cramer. It is located at the intersection of Route 940 and Spruce Drive and is open 7-5 Monday through Friday and 7-3 on Saturday. The store can be reached at 570-839-7126 or poconosummit@cramers.com.