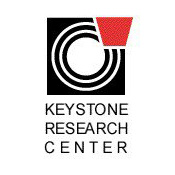 Harrisburg, PA – Next year, Governor-elect Tom Corbett and Pennsylvania’s incoming legislature should do what seven other states will be doing on January 1 — increasing the minimum wage to keep pace with inflation.

The planned increases — automatic inflation-based adjustments ranging from 9 to 12 cents — will modestly boost the incomes of approximately 647,000 minimum-wage workers in Arizona, Colorado, Montana, Ohio, Oregon, Vermont and Washington. The indexed increases came about through ballot initiatives in six states and 2005 legislation in the state of Vermont.

“Regular increases in the minimum wage are critical during tough economic times,” said KRC labor economist Mark Price. “These small increases mean that thousands of minimum-wage earners like health aides, child care workers, restaurant workers and retail clerks will be better able to put food on the table, provide for their children, and keep a roof over their head.

“Regular increases in the minimum wage also give low-wage earners parity with state lawmakers, whose incomes are already indexed to inflation in Pennsylvania,” Price added.

“The minimum wage, first established nationally in 1938, was one of the key tools used to lift consumer spending and help the economy recover from the Great Depression,” said KRC economist and Executive Director Stephen Herzenberg. “For three decades after that, the U.S. minimum wage increased faster than inflation — at roughly 3 percent per year — and unemployment fell and then remained low.

“Minimum-wage increases go directly to workers who spend the money immediately — because they have to — on basic necessities like food, gas, rent and clothing,” Herzenberg added.

In The State of Working Pennsylvania 2010, KRC documented the lagging wages — or “wage deficit” — that led families to rely increasingly on debt-financed consumption before the recent recession. The failure to steadily increase the minimum wage is part of what led to the wage deficit.

The annual wages of most full-time Pennsylvania workers are $3,000 to 3,750 less today because the benefits of growth have gone mostly to very high earners. As a result of this wage deficit, many consumers took on home-equity loans and other debt. When the housing bubble burst and the economy stalled, consumers could no longer use debt to increase their spending.

“Long term, boosting the incomes of working families and strengthening the middle class are the only ways to restore healthy job growth without unsustainable deficit spending,” said Price. “Increasing the minimum wage to keep pace with inflation would be a great place to start.”

Strengthening the buying power of low-wage workers is especially critical in the current economic climate, a recent NELP study suggests, because the majority of new jobs created in the wake of the recession are in low- and mid-wage industries.

The January 1 increases come on the heels of a comprehensive new study that adds to more than 15 years of economic research finding that modest minimum-wage increases boost incomes of low-paid workers without reducing employment.

Studies have also found that employers benefit from a strong minimum wage because boosting the earnings of low-paid workers reduces turnover and absenteeism while increasing morale and productivity. A 2003 study of the effect of a wage increase for workers at the San Francisco Airport, for example, found that annual turnover among security screeners fell from 95% to 19% when their hourly wage rose from $6.45 to $10 per hour under a policy that raised wages for the workforce of employers that contracted with the airport.

More details on the planned minimum-wage increases in seven states can be found in a press release from NELP.