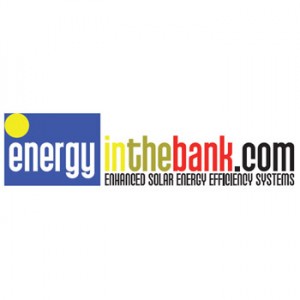 Marshalls Creek, PA – Energy In The Bank, a PA certified commercial solar installer and solar farm developer, announced today that it would hold a ribbon cutting ceremony for its Pennsylvania headquarters on September 15th at 2pm.

“Energy In the Bank aims to be the foremost solar developer in the tri-state region,” said CEO Herbert Ortiz. “We are developing large commercial solar projects in NY, NJ, PA and in other states such as Michigan. We anticipate having 50MW under contract by the end of this year and considerably more in 2011.”

Mr. Ortiz pointed out that energy prices are set to rise rapidly over the next decade and that the majority of electricity consumed in PA is generated through the burning of coal. “The US coal industry likes to boast it has 200 years of reserves however, in reality, currently permitted coal mines only have between ten and twenty years of economic production. The best and easiest mined coal has gone and the remainder contains less carbon and is mostly located on federal lands and will have to be mined under increasingly tighter state and federal regulations”. Mr. Ortiz noted that this would guarantee future higher electricity prices for consumers.

The CEO of Solar Energy is Power Corp. (Energyinthebank.com) also pointed out that the majority of the nation’s nuclear power stations are nearing being 40 years old thus making it imperative to apply for a new 20 year extension for their operation. It takes decades to plan, receive approvals and costs billions of dollars to build new ones.

“Energy In the Bank develops Power Purchase Agreements which enable commercial consumers to obtain discounted electricity generated through solar energy without any costs to purchase, install and maintain the solar system.” explained Ortiz. “it’s a hedge against the future electricity generation and transmission rate rises which are inevitable. We provide a comprehensive solar development service which also includes the opportunity for landowners to establish their own solar projects or lease land suitable for solar energy to us.”

Mr Ortiz went on to say that his Pennsylvania operation would create hundreds of construction jobs for qualified solar installers as well as hundreds of permanent jobs in solar inspection and maintenance.